In the Marais, a new pedestrian square, a concentrate of Paris wanted by the town hall 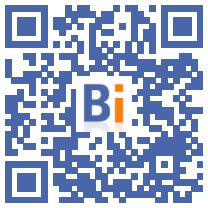 Plants and brand new historic street furniture, motorized vehicles prohibited, this idealized Paris has the face of a new pedestrian square inaugurated on Tuesday June 21 in the heart of the Marais, a response to criticism of the lack of maintenance of heritage in the capital.

The Guimard metro entrance, the three Davioud benches, the Wallace fountain and the cobblestones, all new or restored, give a Second Empire look to this section of rue du Temple, a stone's throw from the Hôtel de Ville.

Place Albert-Memmi, a Franco-Tunisian Jewish intellectual who died in 2020, is a "demonstrator of what we want to do in Paris", declared Emmanuel Grégoire, first deputy (PS) of mayor Anne Hidalgo, criticized since 2021 by non-politicized opponents gathered behind the keyword SaccageParis.

The latter accuse the majority on the left of abandoning historic furniture and denouncing modern fittings, with supporting photos. A collective even bought a Davioud bench to offer it to the city, to underline the urgency of protecting them.

It is one of the benches that now fills the square, said the PS mayor of Paris Center Ariel Weil, highlighting a "reconfiguration of the whole district", which makes "room for the uses of the future" without forgetting the past. .

SaccageParis "is not the guide of our action", argued Mr. Grégoire, questioned by AFP.

"On the other hand, it is our wish to show that we can make a transformation of Paris - more pedestrianization, more vegetation - with a high level of requirement", added the assistant for urban planning, favorite of 'Anne Hidalgo for her succession in 2026.

A week earlier, the elected socialist had recognized in the criticisms of SaccageParis "irritants to common sense", which had "stimulated" his services for the drafting of his "manifesto for beauty", a repository of street furniture in which he reaffirms its desire to protect the historic furniture without "freezing" the city.