At the general meeting of the co-owners, it is necessary to take a position 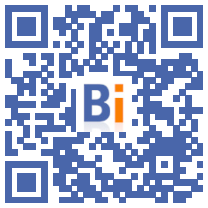 A co-owner cannot contest the regularity of the holding of an entire general assembly if he votes in favor of certain proposed decisions.

By voting in favor of the proposed resolutions, he renounces, according to the Court of Cassation, to contest the general meeting itself because he loses the quality of "opponent".

This is what happened to a co-owner who disputed the regularity of the meeting but still wanted to put forward his point of view on the resolutions, in the event that the meeting was validated.

But the acceptance of certain points, of certain proposals, shows that the co-owner agrees, in principle, to the proposal, and is no longer "opposed" to this resolution or to the assembly as a whole.

We must take a strict position, specifies the Court. There is no question of finding recourse by voting for resolutions and then by writing that one contests the very convocation of the meeting, for reasons of delays, for example. Whoever does this is no longer either failing or opposing. He participated and he voted "for". He gave up on invoking the irregularity in principle which he raised.