In the Basque Country, "anti-Airbnb" regulations reviewed and corrected 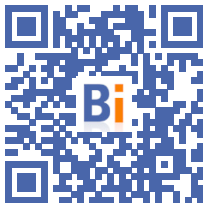 The elected officials of the Basque Country voted this Saturday July 9 an "adjustment" of the compensation measure intended to fight against the expansion of furnished tourist accommodation, of which the Airbnb platform is the symbol, and which had been suspended a more one month by the Administrative Court of Pau.

"We are going to round off the angles where the judge considers that we should round them off", sums up the president of the Basque Country urban community, Jean-René Etchegaray.

At the beginning of June, the administrative court, seized by a group of 50 claimants owners and concierge companies, had raised a "serious doubt" as to the legality of this measure voted on March 5.

The rules have therefore been reviewed and corrected on several points, in the light of the observations made by the judges in chambers. The date of entry into force has been postponed to March 1, 2023 to "allow additional time for legal persons to reorganize their activity".

The compensation measure, which was to come into force on June 1 before being revoked, obliges owners to produce, in the same city and with an equivalent surface, a property on the year-round rental market to compensate for a transformed dwelling. in furnished tourist accommodation. It must apply to 24 municipalities in the Basque Country in a so-called "tense" area.

This Saturday, the compensation rules were clarified, to introduce "better proportionality", in the face of the "scarcity or even non-existence of premises eligible for compensation", underlined by the judges.

Landlords can buy "trading rights" from others, to reclaim premises. "It was already in the previous regulations but only in an appendix", underlines Daniel Olçomendy, vice-president of the intermunicipal authority.

The regulations also grant that premises on the ground floor, hitherto excluded from the framework, can be converted, as long as their window does not overlook the public domain.

In the process, the Union of renters of furnished tourist accommodation (ULMT) announces this Saturday that it will attack this new deliberation in court. "What is unacceptable is to be the sole target of negligence in the housing policy in the Basque Country for more than thirty years", comments the ULMT which judges the measure "illusory".

"The only consequences will be the simple return to the holiday residence and the forced sales of people who will not be able to keep their property".

A summary suspension will be filed with the administrative court within two months, specifies Me Victor Steinberg, lawyer for the ULMT and other applicants, who also mentions "purely cosmetic legal changes".

"We regret the lack of consultation as well as the haste with which this new text was adopted", adds the lawyer.