In Sweden, the growing success of the "Anonymouse" miniature houses 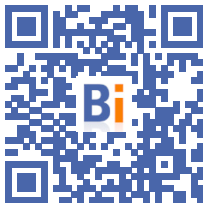 They are becoming tourist attractions despite their Lilliputian size: in the south of Sweden, the miniature houses and shops of the mysterious street artists of Anonymouse are enjoying growing success, which has earned them breakthrough abroad.

In Lund, an endearing university town in the south of the Scandinavian country, Madeleine is one of the many onlookers who go in search of these micro-constructions, discreetly disseminated in the urban space, nested in the buildings at the level of the air vents.

The miniatures, one indicated by a mini wire bike, a tiny sign placed on the sidewalk or a neon at mouse height, could fit in a shoebox but their success is inversely proportional to their size.

Arranged in the greatest secrecy by a collective of artists who have worked together for four years, the ephemeral installations, made exclusively from recovered materials, offer a plunge into the imaginary world of animals, to better reflect on how ours works.

"It's the big world in very small", sums up Bengt, a 64-year-old social worker, who came to admire them. For Maria, 43, the creations "are so subtle! Especially since there is almost always a message. We think a little about what people feel, in the city", she confides.

The Anonymouse, who fiercely defend their anonymity to the point that the town hall of Lund, partner of the project does not know who to send their check to, now have 26 constructions to their credit: from the amusement park to the soup kitchen, via the antique shop and gas station.

The stroll takes strollers around the station with the pastel-colored "Cikadan" pharmacy built into an air vent. In an ordinary street in the city center, you can find the student fraternity "Nationoisettes", with its rainbow flag and posters for the protection of bees.

At the entrance of a municipal park, the record store "Ricotta Records", where the vinyls of "Briehanna" and "Wolfgang Amadeux Mouzart" are offered to the rodent public.

Originally from Malmö, about twenty kilometers to the south, the authors have already put their luggage in other cities in Sweden and beyond the borders of the Scandinavian kingdom, in Bayonne in France and on the Isle of Man in the United Kingdom. United.

Reflecting the current health crisis, they first installed the pharmacy in Lund, with a miniature poster detailing the "washing of paws" and another inviting respect for distances.

“The only thing that seemed logical then, was to build a pharmacy, to comment on the current world situation,” says, by email, a spokesperson who identifies himself as Yasha Mousekewitz.

On social networks, their popularity is not decreasing, with more than 139.000 subscribers on Instagram.