In Shanghai, a historic district disappears under the diggers 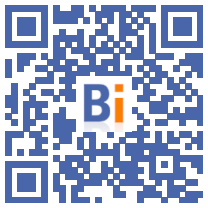 Walled-up doors, ruined facades and a few inhabitants determined to stay until the end: one of Shanghai's oldest districts is living its last moments, soon to be swept away by the redevelopment program of the metropolis.

Laoximen ("Old West Gate"), so named because of its location at the ancient 16th century city walls, was once the cultural center of the city.

Built around a Confucian temple, the two- or even three-storey buildings, made of stone or wood, seem anachronistic amid Shanghai's gleaming modern buildings. 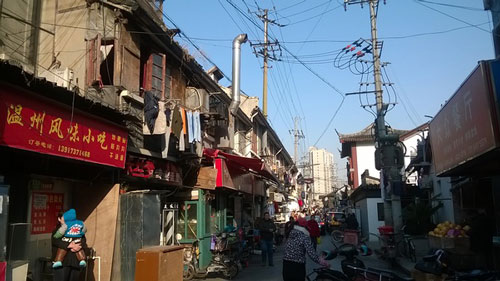 The neighborhood is inhabited by old Shanghainese families or migrant workers from the countryside and attracted by low rents. All had been ordered to vacate their homes by the end of 2017.

But several years after the deadline, some still cling to their homes despite the compensation offered by the municipality to move elsewhere.

Mr. Yang, who does not wish to reveal his first name, is one of them. For him, there was no question of leaving his accommodation in Laoximen, a damp maze of long corridors cluttered with old furniture and household appliances.

"This land was bought by my grandfather," Yang, whose family has lived here for several decades, even before the Communist Party came to power in 1949, told AFP.

Most of his neighbors have agreed to move out. But told him to expect compensation up to "the value of the house".

According to the municipality, residents can receive at least 20.000 yuan (2.900 euros) per square meter.

The average price of a second-hand apartment in Shanghai, however, exceeds 55.000 yuan (8.000 euros) per square meter, with obviously large variations depending on the neighborhood, according to the group of real estate agencies Anjuke.

The last phase of demolition had been postponed due to the pandemic. But the diggers resumed their work after the end, at the beginning of June, of the long confinement of Shanghai.

At the place where popular small restaurants welcomed the customers of the district, large banners call the last recalcitrants to cooperate.

"Transparent, fair, equitable: let's promote the renovation of the old town", urges one of them, in white characters on a red background.

In the winding streets of the neighborhood, cluttered with old chairs and planks, doors and windows are already sealed.

Laoximen is one of thousands of aging neighborhoods in the country, where residents are being gradually expropriated to make way for more modern and taller buildings.

Many homes in this area of ​​Shanghai are dilapidated and do not have a heating system, for example.

In a constantly developing China, expropriations are commonplace. Residents are usually offered new apartments or money in order to leave.

The compensations, which are sometimes too low, can arouse the anger of the dislodged people or even clashes with the local authorities.

A former resident of Laoximen, Wu Weigang has already moved to another district in Shanghai. But this pensioner returns regularly to the neighborhood, where he spent his childhood and keeps fond memories of the holidays of yesteryear.

"Everyone was lighting fireworks and hanging rabbit-shaped lanterns during the Lantern Festival," which closes the Chinese New Year festivities, he told AFP.

Most of the buildings in Laoximen were built in the 20th century in the "shikumen" style: that is, houses combining Chinese and Western elements, built in rows in Shanghai alleys.

At night, the yellow glow of street lamps shrouds the neighborhood's nearly empty alleys, while the "Pearl of the Orient", the city's iconic television tower, shines in the distance.

This area of ​​Laoximen is being redeveloped to meet "public interest", the municipality said.

But Wu Weigang hopes that the charm of the old district will survive the works.

"They told me that my house will be kept", he congratulates himself, before adding: "If she was no longer there, I would not come to see her. And that would hurt my heart".