In Scandinavia, wooden buildings are growing taller and taller 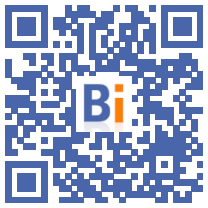 Culminating at 75 meters, the Sara Kulturhus towers over the Swedish town of Skelleftea at its feet: sometimes complex to build but less polluting, wooden buildings are growing higher and higher, and Scandinavia is at the forefront. 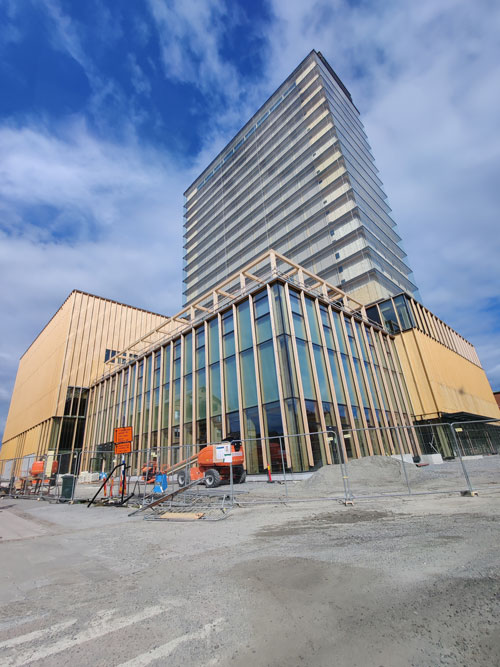 "The pillars with the framework, in their interaction with the steel and the wood, this is what carries the 20 floors of the hotel", explains to AFP Therese Kreisel, responsible for urban planning of Skellefteå.

Combining a municipal center and a hotel, the skyscraper opened late last year in this city of about 35.000 inhabitants in northern Sweden.

“Even the elevator shafts are completely made of wood. There is no plaster, joints or insulation on the wood. Which is unique for a 20-storey wooden building,” says Ms. Kreisel in showing the places.

In this northern half of the country, the forest is everywhere, and building wooden houses is a well-established tradition. But here, as elsewhere in the Nordic countries, building sites and towers are multiplying, thanks to technical progress.

Thanks to major forest resources and traditional expertise in the field, Swedish architects want to be the pioneers and move the sector towards more responsible methods.

The realization of the Sara Kulturhus "proves that it is possible to build something so large and complex out of wood", estimates Robert Schmitz, one of the two architects of the tower.

"And when you have that as a reference in your discussions, you can always say: + we did this, how can you say that it is not possible? +".

The Sara cultural center vies with a recently built 85-metre tower in Brummundal in southeastern Norway and an 84-metre tower in Vienna, Austria, for the title of tallest wooden building in the world - some count the meters , others move up the floors. A tower under construction in Milwaukee in the United States, with just over 86 meters, should steal the trophy from them in a few months.

"There were a lot more challenges to overcome because it was wood, but it also allowed us to open doors and think in a new way", assures the other architect of the place, Oscar Norelius .

The rooms of the hotel were thus prefabricated, then "stacked like pieces of Lego", he explains.

For Anders Berensson, another Stockholm-based architect who puts wood at the heart of his projects, there are also advantages to using this material.

"If something was missed when cutting, just take the knife and the saw and adjust it directly on site. It's high-tech and artisanal at the same time", he says.

But the main advantage of construction wood, argue its promoters, is climatic.

Cement - and therefore concrete - and steel, two of the most common construction materials, are high CO2 emitters.

Wood, on the other hand, emits little during its manufacture and still sequesters a large part of the CO2 absorbed by the tree, even in the building. Lighter, the material also requires less foundations.

According to the latest report from IPCC experts, wood as a construction material can be up to 30 times less CO2 intensive than concrete, and hundreds to thousands of times less than steel.

Global efforts to reduce emissions mean that timber buildings are now attracting increased interest, according to Jessica Becker, coordinator of Trästad (“town of timber”), an organization that promotes timber for construction.

In Stockholm, a complex of wooden buildings at the end of construction, Cederhusen, won the title of construction of the year awarded by the specialist magazine Byggindustrin.

"I think we've really seen things turn around in the last few years... We see a huge change now, it's kind of the key moment. And I hope other countries will embark on this path, we see for example England, Canada and other places in the world”, she explains.