In Polynesia, maritime air conditioning for the hospital soon to be completed 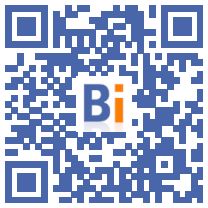 The last section of the air conditioning system using cold water from the depths, which will soon allow the French Polynesia Hospital Center to save 30% on its electricity bill, has been installed, noted an AFP journalist. .

It was installed by a tugboat assisted by a dozen other boats.

The pipe, with a total length of 3,8 kilometers, will pump at its end water at less than five degrees, 900 meters deep.

The Sea Water Air Conditioning (SWAC), which will be commissioned in October, will provide air conditioning throughout the hospital.

"The SWAC will ultimately save between 10 and 12 gigawatt / hour per year, which is around 2% of the electricity consumption of the whole of Tahiti", explained to AFP Eléonore Parant, who coordinates the project. for the Energy Department of French Polynesia.

This cold water will circulate in the hospital's air conditioning network.

The cost of this SWAC is estimated at thirty million euros. It should be amortized in 12 to 14 years, because the hospital alone consumes nearly 24 GWh / year in electricity, of which around 40% in air conditioning.

"The hospital will save about 30% in energy, and by extension there will be less thermal electricity production, therefore less greenhouse gases", explained Yvonnick Raffin, vice-president and Minister of Finance of French Polynesia.

This overseas collectivity hopes for a reduction of 5.000 tonnes of its annual CO2 emissions, equivalent to the emissions produced by 4.000 households. In Polynesia, electricity is still mainly produced by petroleum.

This site is also a technological challenge: on Tuesday, the last section of the pipe, 2,4 km long, was laid from the reef drop off to several hundred meters deep. "We waited for the right weather window to control the immersion and put the pipe on its theoretical line", explained Roy Issa, project manager of the Géocéan company.

An underwater robot guided from the surface, the ROV, was used to control these operations. This last section will be kept at the bottom thanks to a chain ballast system and anchor piles.

Two other SWACs, more modest, have already been built to air condition Polynesian hotels: one in Bora Bora, which is currently out of order, and the other on Tetiaroa atoll, to supply the Brando, one of the ecological hotels. the most luxurious in the world.