In Paris, the discord building in a beautiful private mansion 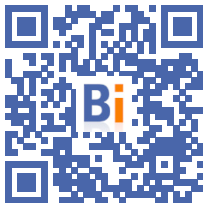 A brand new building glued to a XNUMXth century neo-Gothic ensemble: this nightmare for heritage defenders is on the way to becoming reality in a beautiful Parisian private mansion, where "holes in the racket" have disarmed the elected officials facing the owner.

"I'm not going to let myself go." Among other residents of the chic Plaine-Monceau district (71th arrondissement), the radiologist Rodolphe Gombergh, XNUMX, is the first opponent to the construction of a five-storey building in the courtyard of his building.

In a neighborhood full of them, this former private mansion built in 1889 consists of two neo-Gothic buildings, in brick, connected by a portico of two arches with wrought iron gates.

In the courtyard, two charming period works: a pump lift and a cab garage... against which a five-storey office building will soon rise, whose luminous white and stepped shape make a mark in the middle of all.

A building "like at La Défense", "without any allure," judge Mr. Gombergh, pointing to the gaping hole left by the digging of the paved courtyard to accommodate a basement there.

The new construction was commissioned by the European Organization for Nuclear Research (Cern), a private research center located in Geneva.

If the contested building has not yet come out of the ground, the work started in September 2021 has already left some scars: missing lantern and grid, pieces of arch torn off then sealed, subsidence of the courtyard and, on the street side, of a window above a new opening.

Hence the temporary stoppage of work, says the doctor, who has launched several legal actions against the project.

Protected, but not classified

How was it able to be validated by the City of Paris, in a building which, if not classified as a historic monument, is still protected under the local urban plan (PLU)? ?

“Good question, I asked myself,” replies Emmanuel Grégoire, the assistant (PS) for town planning, for whom the building permit has “passed under the radar” because “totally legal, which fact that it was not treated by the town hall of the XNUMXth century or by my cabinet".

"We had a reserved opinion and we had asked the owner to consult the residents", affirms the mayor (LR) of the borough, Geoffroy Boulard, who says he has received an "extremely brief" initial permit.

In August 2019, the Old Paris Commission, whose opinion is advisory, saw nothing wrong with the project, which then had one floor less.

A year later, the amending permit was issued in the wake of the municipal elections, at a time when the commission took "some time to be put back in place", justifies its president, Jean-François Legaret.

In summary, "there were holes in the racket from all points of view", regrets Karen Taïeb, assistant (PS) for heritage and elected representative of the XNUMXth arrondissement.

The town hall of this arrondissement reacted in February 2021, by requesting a new examination from the Commission du Vieux Paris. What the latter did in mid-June 2022, demanding the modification of the project.

But "the permit is purged of any recourse", underlines Mr. Grégoire, for whom the hope is "moderate, even weak" to see CERN accept.

Contacted by AFP, the latter did not comment on a possible modification of the project, stressing that his permit had been "duly obtained" and claiming to have "always responded favorably to any request for meetings and exchanges".

Its officials "do not make themselves very available", even if a first meeting of "conciliation" is scheduled for September, however retorts Mr. Grégoire.

"What a waste of time", regrets Mr. Boulard, for whom this file underlines "the deficiencies of the City in terms of control of town planning and heritage".

"This reconstruction of an office building in a district with a surplus of offices has no legitimacy", insists the right-wing elected representative, who just as much wants to avoid "an aesthetic massacre".

Ms. Taïeb still hopes that the "project leader can have a heritage conscience". On the chromatic aspect alone, "a brick facing would already be a very positive development", asks Mr. Legaret.