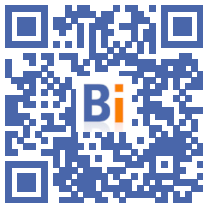 The City of Paris has begun to impose fines on businesses that do not comply with the new obligation to keep doors and bay windows "closed" when the air conditioning cools their stores, we learned on Friday August 12 from the town hall, confirming a information from the Parisian.

Since Monday, July 25, an order signed by the capital's town hall provides for a fine - accompanied by a fine of up to 150 euros - for commercial or service establishments leaving their doors open when the heating or air conditioning is working at inside. This is a "measure to combat energy waste", according to the administrative decision.

The verbalizations began on Wednesday in the very commercial and touristic rue de Rivoli, in the XNUMXth arrondissement, but "the whole system is in all the Parisian arrondissements", specifies the town hall. "The previous two weeks, we made traders aware of the future verbalization".

The town hall did not indicate how many establishments had already been fined.

Every day, two patrols of the Parisian municipal police are dedicated to this.

The verbalization takes place "on a case-by-case basis", explained to AFP the City of Paris. “If a merchant shows us that he is changing doors or is taking steps to have a door closed, we do not verbalize,” she explains. “On the other hand, for the other brands which have already been made aware or which have not planned any efforts, we systematically verbalize”.

“This measure aims to put an end to an aberrant practice in the current context of climate emergency and energy crisis”, argued the town hall at the end of July.

The decree does not apply "to restaurants or drinking establishments with a regularly authorized outdoor terrace".

Paris is not the first city to want to ban air-conditioned businesses from keeping their doors open. On July 15, the PS town hall of Bourg-en-Bresse had issued a decree of the same type, presented as a first in France. Lyon, then Besançon had imitated it in stride.

On Sunday July 24, the Minister for Ecological Transition Agnès Pannier-Runacher announced her intention to generalize this obligation for air-conditioned stores to close their doors throughout the territory, but the decrees have not yet been published.