In Paris, dead leaves are already being picked up by the shovel 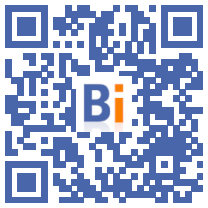 The carpet of dead leaves crunches underfoot and twirls in a brown cloud, covering the edge of the alleys of Buttes-Chaumont, the "green lung" of eastern Paris giving it a false air of autumn. But it's the heart of summer and that day it's 36°.

Since mid-July, the capital has experienced, like other territories in France, an early autumn caused by repeated heat waves and drought.

A month ahead of schedule, the plane trees and the chestnut trees are the first leafy trees to have lost their leaves.

At the foot of a chestnut tree in the park with rarefied and withered leaves, Tim Peiger, 28, lumberjack for the Department of Green Spaces and the Environment (Deve) in Paris, grimaces: "he took a lot".

"The foliage should be very green. The branches fall back with the weight of the leaves. And when the leaves fall, there is no more photosynthesis, the wood is no longer nourished, it dries up and forms dead wood", diagnoses Mr Peiger.

However, this spectacular phenomenon linked to the drought remains without gravity at this stage, say the experts of the city.

"These trees are far from being stupid, even if they panic everyone, they simply put themselves in survival mode", getting rid of their greenery to save their reserves, assures Béatrice Rizzo, in charge of the Trees and wood expertise unit. at Dev.

If the weather conditions are favorable, these trees dried in the summer "can restart a shoot" before autumn, assures Ms. Rizzo, who sees nothing abnormal in this and celebrates their "resilience".

But other pathologies linked to extreme heat, worries the patroness of Parisian trees.

Like "sunburn", these sunburns on the bark, which dig a wound in the wood and will facilitate its parasitization, threatening the tree in the long term.

"It's new and it's linked to the climate", underlines the expert.

When the "great gardener" of Napoleon III's Paris, Adolphe Alphand tackled in the 1860s the site of the parks and gardens of Paris, creating almost ex nihilo the Bois de Boulogne, Vincennes, the Buttes-Chaumont and the main "alignments " green of the avenues, native species are essential, in particular the plane tree reputed to be both robust and shady.

"It is a very resistant species, which resists drought well and then it is emblematic of the city of Paris", affirms the young lumberjack from Buttes-Chaumont about Napoleon's favorite tree, which makes up 38% street plantations and borders the Champs-Elysées, for example.

Between the periods 1873-1902 and 2000-2019, the average temperature of the capital measured at the Parc Montsouris station increased by 2,3° against 1° worldwide, according to the Paris Climate Agency.

The climate of Paris is changing, but the trees of Alphand, the city's iconic heritage, will remain as long as they last.

The municipality has nevertheless equipped itself with tools to introduce new species more suited to this warming among the 170.000 plantations planned for the next few years.

So-called Mediterranean species, such as hackberry from Provence and even pine, are beginning to be favored in Paris.

In these new climatic conditions, the gardeners of Paris have also adapted their maintenance routine.

Despite the water restrictions "there is no longer a place that we do not water", explains Irène Henriques, the head of municipal gardeners at Buttes-Chaumont. His team is thus finalizing on an application the programming of automatic watering at night, recommended by the Town Hall.

The practice of "size" has also been changed. "We prune less but more regularly to keep more branches", informs the gardener.

The "mulching", a technique which consists in depositing at the feet of the trees a carpet made up of crushed branches to limit evaporation is preferred.

Surveillance, at the foot and at the top, to identify burns and branches ready to give way is reinforced.

And the regulars of the park are getting into it too. Evidenced by the more or less kind words received by the gardeners from the neighborhood citizen lookouts.

"Today, we do not yet notice dramatic things", recognizes Daniel Ollivier, 78, at the head of a group of Nordic walking hikers, not very panicked by the anticipated autumn.

"But that doesn't mean it can't come very soon," he concludes, pointing his walking stick skyward.