In New York, "Little Island", the new park levitating on the Hudson 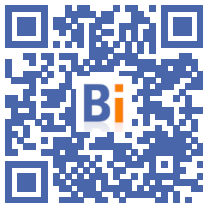 An aerial park of nearly one hectare perched on 132 concrete tulips, above the Hudson River, was inaugurated in New York, as a symbol of a city that is reborn after a pandemic that has deeply marked it.

"Little Island", accessible free of charge by two pedestrian bridges, was built alongside the place where once stood Pier 54 of the White Star shipping company, where, in April 1912, 705 survivors of the sinking of the Titanic landed.

Cost of this artificial island, around $ 260 million, mostly funded by the foundation of entrepreneur Barry Diller and his wife, designer Diane von Furstenberg. The billionaire told The New York Times that he would cover the costs of maintaining the park for the first 20 years.

In total, its contribution could reach 380 million dollars, he estimated, unprecedented in New York for a private donation to a public garden.

"Little Island" was almost never completed, paralyzed by an endless series of legal remedies, before New York State Governor Andrew Cuomo managed to reach an agreement between the parties in 2017.

Built at different heights, from 5 to 18 meters, to create relief, the tulips, each weighing 68 tons, were filled with earth, like giant flowerpots. Flowers of more than 350 different species, shrubs and trees have been installed on the site, which will be open from 06 a.m. to 00 a.m. daily.

The project, located between 13th and 14th Street, also includes an amphitheater with nearly 700 seats. It is part of the Hudson River Park, a project to develop the Hudson docks between 59th Street and Battery Park City, in the far south of Manhattan.

"I am incredibly happy to be here and to have survived the pandemic," reacted one of the first visitors to the place, Barbara Kenner, who lost her job as a personnel manager during the health crisis, which made more than 30.000 dead in New York. "We are celebrating what New York is here."

At water level, we can still see the remains of the old wooden pillars of quay 54, preserved to preserve the underwater habitat.

Landscape designer Signe Nielsen, who designed the surface of Little Island, wanted visitors to "leave town, traffic, enter a space and be surprised," she told AFP. "I hope they come away calmer and happier than they came in."

"It's a really nice place to cut a little with the city, especially at + downtown +", the southern tip of Manhattan, "where we don't have a lot of green space," said Lauren Moon Fraser. , lying on the lawn with her baby.