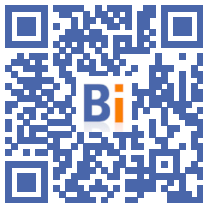 "Street art is like a sport", launches the young muralist Omar Lhamzi. Recently, a new generation of Moroccan artists has taken over public space to draw its universe on a large scale, and to change the face of cities like Rabat or Casablanca.

You just have to walk along the avenues or alleys of the capital to see the emergence of imposing frescoes of phantasmagoric creatures or scenes from everyday life.

They are signed by Moroccan artists and from around the world, invited by the Jidar Festival ("wall" in Arabic), the 6th edition of which ended on Sunday in Rabat.

He arranges his pots and spray cans, carefully chooses his brushes and rollers to "attack" his wall in the popular district of Yaacoub al-Mansour.

This 25-year-old young man would not have bet a dirham on a future as a muralist when he graduated in 2018 from the renowned National School of Fine Arts in Tetouan (north).

"I never imagined that one day my work would be visible in the public space", explains to AFP this artist who produced his first frescoes four years ago in his hometown of Agadir (south) .

In another district of Rabat, Imane Droby, perched on her gondola, helmet and cap screwed onto her head, shapes the hyperrealistic portrait of an embroiderer on the facade of a public school.

Like Bo3bo3, this 36-year-old casablancaise landed in wall art "a bit by chance". "I took a liking to it. Turning a white wall into a work of art is impressive."

However, she concedes that the world of street art "is difficult for everyone but even more so for women, we must redouble our efforts to win."

The beginnings of this urban art saw the light of day in the early 2000s in Casablanca.

At the heart of this sprawling megalopolis, an association of alternative cultures, EAC-L'Boulvart (Artistic and Cultural Education), multiplied the experiments until the creation in 2013 of the Sbagha Bagha Festival.

"At the beginning, it was very complicated because unlike graffiti or stencils, mural painting requires organization," Salah Malouli, artistic director of Jidar and Sbagha Bagha, told AFP.

“At the time, no one felt comfortable working in public spaces. A lot of apprehensions that are starting to dissipate today,” he says.

This project appealed to local residents but also to institutional and private structures seeking to duplicate the experience in Rabat, Marrakech, Agadir and in remote areas of the kingdom.

This enthusiasm sometimes comes up against the destructive hostility of building owners.

In Tangier, this summer, the municipal authorities had started to erase a portrait of the Moroccan photographer Leïla Alaoui, killed in 2016 during an attack in Ouagadougou (Burkina Faso) before reversing this decision.

The case caused a stir on social networks and in the media.

"It is in Casablanca that the erasure (of the works) is most obvious because of the wild posting. The public space is invaded by pubs, which complicates our work", deplores Salah Malouli.

Two works by Italian street artist Millo were erased there in 2018 and 2020.

But no question of surrendering: "This is the price (to pay) to work in public space, you have to accept what comes out, good or bad", pleads the artistic director.

For Omar Lhamzi, "street art is like a sport through which you learn to talk to people and listen to them".

With an explosive palette of colors, his surrealist universe filled with references to skateboarding or gaming, shakes up the monotony of the urban landscape.

As evidenced by his latest creation: a man with six ears with green and fluorescent pink skin, as if suspended in abysmal darkness, a nod to Van Gogh's "The Starry Night".

Each year, the Moroccan scene grows and the festival contributes to it by inviting beginners from all backgrounds to give their first brushstrokes on a "collective wall", as was the case previously for Bo3bo3 and Imane Droby.

This year, it is the visual artist Yassine Balbzioui who orchestrates this initiation workshop, a godsend for him, because, in the street, "everything is possible".