In Morbihan, homeless people build "tiny houses" to live there 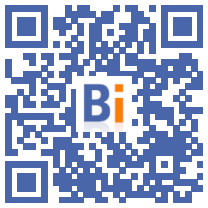 Build your house to get out of the street. In Séné, in the Gulf of Morbihan, homeless people use the grinder and the hammer, with the help of social educators, to build "tiny houses", with the possibility of then living in one of these mini - green housing.

Pascal, 52, is quite proud. He will now live in a "tiny" that he himself has partly furnished. "It's perfect. I've already lived in a caravan. It's better there", he says in his shy voice, revealing his new "house" of around twenty m2, with shower, toilet, kitchen, mezzanine and fold-out table, where you can smell the scent of beech wood. "It's a total change. Here, we are more free (than in a building), we go outside immediately".

At the origin of this initiative, a call for projects from the Interministerial Delegation for Accommodation and Access to Housing (Dihal) at the end of 2020. The objective is to offer "a form of housing for very desocialized people and in great marginality", explains Simon Robitaille, who leads the "tiny" project at Amisep, a Breton association for the fight against precariousness. "The idea was to combine housing and an on-site activity. So we started with this original idea of ​​self-building tiny houses".

On this spring day, not far from the racecourse and facing a row of houses with neatly trimmed hedges, a handful of men are busy under the shed belonging to Amisep, where a Bob Marley flag is hung. From Monday to Friday, from 8:30 a.m. to 16:30 p.m., they can come and work voluntarily on the construction of a tiny, with the objective of building eight in three years.

The setting is deliberately flexible and welcoming, with lunch offered. "Some are there every day, while others arrive all fired up and never come back. It's a system that should make it possible to welcome people who don't find their place anywhere," recalls Mr. Robitaille.

While an old transistor spits Dire Straits, several of them cut wooden panels and place them under the framework, under the gaze of Bastien, the technical educator. "I try to assess each person and distribute the tasks according to each person's abilities," he explains.

The tiny, already well advanced, should be habitable in early July, after four months of work, for a cost of around 25.000 euros.

A bill defying all competition in a popular region where "land is in tension", notes Frédéric Le Poul, director of the precariousness center at Amisep. "It's both a construction but also a reconstruction for them," he analyzes.

So some, thrilled by these adorable little mobile homes, have found the desire to get up. "I had a difficult phase and an addiction ... The tiny allowed me to get back into the bath physically and mentally", analyzes Benoit, who even obtained an integration contract.

Alister, face marked by the trials of life, feels at ease in this atmosphere. "I prefer to be here and participate in this project and it makes me work hours. During this time, I don't do anything stupid... Otherwise I would be in Vannes zoning out," he admits.

Admittedly, others did not want to get involved in the project, reluctant to work on a voluntary basis and without the assurance of occupying the “tiny”. Because the choice of the lucky tenant, who will have to pay a modest financial contribution, will ultimately be made by the Integrated Reception and Orientation Service (SIAO) of Vannes. Sine qua non conditions: having participated in the worksite and not finding a "classic" accommodation solution.

Benoit is already contemplating it with envy and will make a request to occupy it. "Because I like it, it has a bit of a wild cabin side, I hope one of the eight will be for me!", He slips, stressing that this type of habitat corresponded to the profile of people like him.