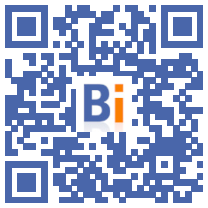 At the opening of the first general assembly of housing in Marseille, both the mayor and the prefect called for urgent mobilization on housing to bring France's second city out of "indignity" and ensure threatened social cohesion.

"Housing is the biggest challenge for the public authorities in Marseille and will probably be for many years to come", began the prefect of the Provence-Alpes-Côte d'Azur region, Christophe Mirmand, at the opening of this event. unprecedented which brings together until Tuesday all the actors of the housing.

His findings are overwhelming in this city traumatized by the fatal collapse in 2018 of two buildings in the center: "insufficient accommodation capacity for the poorest", "deterioration of old buildings and impoverishment of historic districts often delivered to merchants of sleep", "very insufficient supply of social housing", "adrift condominiums"...

"This crisis threatens social cohesion and even constitutes a factor of disturbance to public order", worried the representative of the State, referring in particular to the violence around the squats.

Faced with the shortage of housing, many people in difficulty end up squatting or "renting" apartments that are sometimes walled up or cut off from the electricity grid to slum landlords.

"The challenges facing us all are immense and we have no choice but to take them up because the urgency is real", concluded the prefect.

"We must make Marseille the city of regained dignity," called Mayor Benoît Payan, whose left-wing union (Printemps Marseille) had conquered the municipality two years after the collapse of rue d'Aubagne which had cast a harsh light on the lack of action by the former right-wing majority.

It was Benoît Payan who launched this mobilization even if housing is not his direct competence but that of the Aix-Marseille-Provence metropolis, from which more voluntarism is expected.

The mayor of Marseille and the State plead in particular for a territorial rebalancing while around thirty of its 92 municipalities do not respect their obligations in terms of the number of social housing units.

There is a "willingness to establish a rope, a chain of public action", assured the vice-president of housing for the metropolis, the LR, David Ytier.

We need a "general mobilization for housing in Marseille" launched for her part the president of the Social Union for Habitat, Emmanuelle Cosse, explaining that the HLM movement was waiting "only that, to build stronger and better in Marseille and in the metropolis".