In Lyon, the hassle of students to find accommodation 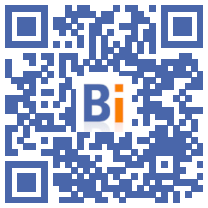 Few offers, exorbitant rents, unsanitary apartments... Finding accommodation in Lyon, one of the most attractive cities in France, has been "hell" for many students for their return to school in September, some remaining to this day without fixed accommodation.

"Since July, I've been walking around with my suitcase, I've been visiting friends, I've even tried to find an Airbnb but it's too expensive and the youth hostels are full," Titouan, a local, told AFP. young 21-year-old Breton, in transit between two temporary sublets.

This situation "prevents me from studying because instead of going to the library to work on my lessons at lunchtime, I visit apartments", laments the third-year student in a management school.

Gradually, Titouan had to review its criteria, including its budget for rent, which went from 400 to "more" than 500 euros.

Real estate has become "very expensive" for students, in particular because "some landlords do not respect the rent control", put in place since the end of 2021 in Lyon and Villeurbanne, to act against excessive rents and contain abusive increases , according to the Local Committee for Autonomous Housing for Young People (CLLAJ) in Lyon, which is closely following this "galley".

According to a recent survey by Unef (National Union of Students of France) Lyon, the capital of Gaul has become the second most expensive university city, behind Paris, to rent a private studio with an average of 600 euros per month.

For the start of the 2022-2023 school year, "the increase in rents for a studio is 2,76%, well above the national average", while housing already represents 57% of a student's monthly budget, alerts the Union.

To get by, Rosalie, 22, chose shared accommodation. She "gave up the idea of ​​going on vacation with (her) parents this summer to visit apartments", spent "six hours a day on ad sites" and found a fairly central apartment for 540 euros per month.

"A good deal," she said. "The only problem is that I have mice," says the management student. But "I decided to live with it because I don't want to start looking again".

Laura Jeannelle, 18, is also affected by the presence of mice. This student in the first year of applied foreign languages ​​is "ashamed to invite anyone" and has "no longer a social life".

"The exterminator told me + how can we rent this to you? There are holes everywhere, the only solution for you is to leave +", she says.

More and more students find themselves in "unsanitary accommodation", according to Unef Lyon. The accommodations of the Crous (Regional Center for University and School Works) intended for scholarship students, with rents from 255 euros to 500 for a T1, have also been pointed out.

"It was a cold shower when we arrived on the scene", breathes Sophie, 20, housed in a Crous de Saint-Exupéry studio for 500 euros. Dirty and clogged shower, dysfunctional toilet, no cold water and broken radiator, she lists.

"I was happy to leave my parents' house but then I said to myself + what am I stepping into +?", Continues this student in the third year of a geography planning license. Other Crous residents have complained to AFP of mold, cockroaches, bed bugs and cockroaches.

These malfunctions are linked to a problem of "poorly done work and unsuitable materials", defends Christian Chazal, the general manager of Crous de Lyon, "on trial" with the builder of the Saint-Exupéry residence.

At the national level, the 60.000 new housing units announced in the plan launched by the State in 2021 are "under construction", according to the Ministry of Research and Higher Education.