In Lyon, HLM and government are trying to put the pieces back together 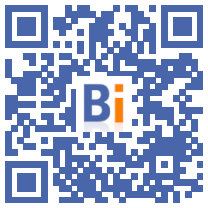 Regain confidence: gathered in Lyon for their annual congress, social landlords want to renew a dialogue with the government, after years of cold weather against a backdrop of budgetary savings.

On Monday, the government presented the main lines of its finance bill (PLF), for the state budget in 2023.

The savings measures taken since the start of Emmanuel Macron's presidency, which social landlords accuse of having burdened their ability to invest, are maintained there, but not extended.

At the opening of the congress on Tuesday, the president of the Social Union for Housing (USH), Emmanuelle Cosse, said she felt "an inflection, a different listening. The PLF was made public yesterday, it did not aggravate the situation … it changes us!”, she quipped.

Not without having exhausted the State which, "for five years, (...), has constantly made our task more difficult by forcing us to reorganize, but above all by depriving us of the financial capacity to act ".

Proof that the new Minister Delegate for Cities and Housing, Olivier Klein, present during the three days of the congress, is walking on eggshells.

By Thursday, the discussions must give birth to a "trust pact" from which we expect quantified objectives for authorizations, construction and renovation of social housing.

"We still lack the long-term financial means to face the magnitude of the task. This question will animate some of our meetings in the coming days", warned Emmanuelle Cosse again.

Between the HLM world and the government, the atmosphere "is first of all a working atmosphere", cautiously evacuated Olivier Klein.

The unions and employers, co-managers of the organization, on Monday deemed this decision "unacceptable", adding that "without the withdrawal of this puncture by the government, it will be difficult to fully restore confidence."

"It's money that will go to social housing. We will continue to work with the social partners. Action Logement is an essential housing partner", defended the minister, who must also negotiate a five-year agreement with this giant social housing.

Associations of tenants and the fight against poor housing have not been more tender.

"For us, it's no surprise since it was already more or less announced: it's an austerity budget on housing," reacted to AFP Manuel Domergue, director of studies at the Abbé Pierre Foundation. , emphasizing that the savings measures on social landlords remained in place.

“Too many uncertainties about the commitments of the State do not allow to date to impose a signature on the HLM movement”, also judged in a press release the association of tenants CLCV (Consumption, housing and living environment).

"The 2,2 million housing seekers will wait while the State will again deduct (...) from the cash flow of social landlords, further weakening the tenants who are suffering the full force of the crisis", adds the CLCV.