In Lyon, a puzzle project in the maze of library reserves 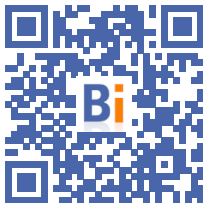 Three million documents, 17 floors and 60 kilometers of shelving: renovating the conservation silo of the municipal library of La Part-Dieu, in Lyon, while keeping the collections accessible, is a gigantic part of Tetris.

This 13,6 million euros project, which began in 2018, is due to be completed in mid-2023. On the program, asbestos removal, refurbishment of thermal insulation, fire safety, lighting and the air treatment system - to control temperature (between 18 and 20 degrees) and humidity (45 to 55%) humidity).

The objective is threefold: to protect staff, save energy and improve storage conditions. The place conceals real treasures, among which are some 500 medieval manuscripts dating back to the XNUMXth century, an important collection, or a collection of tens of thousands of vinyl records.

Work began under the former mandate, but for the last floors, the municipality EELV, elected in 2020, wished to use an insulator "more compatible with the planetary limits", explained the mayor, Grégory Doucet, Tuesday during d '' a site visit. No more polystyrene, make way for hemp wool produced in the Nièvre.

The building dating from 1972, it was also necessary to replace, at each level of 700 square meters, 320 fluorescent neons by 172 LED tubes, all the more economical in electricity as they now work with presence detectors.

Because there was no question of closing the library for five years, the site was phased in to maintain access to documents. Some have left the place temporarily, but most have been moved from one floor to another, to make room for the work, and identified using digital plotting tools.

The collections thus remained available to the public and researchers: a conference on Rabelais' first printer, Lyonnais Claude Nourry, was held recently.

An additional ten million euros must be committed to renovate the reception building, frequented by a million people each year. One in five inhabitants is subscribed to the network of 16 libraries in the city.

Making reading a priority, the municipality would like to dispense them from health passes: "we defend free access to this service", argues the assistant to Culture, Nathalie Perrin-Gilbert. The request was made to the prefect.