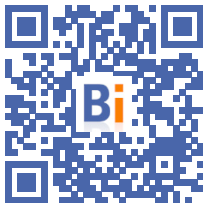 At the project house, which presents the future face of the Lyon business district of La Part Dieu, the model was changed at the beginning of June: the towers which gave a "skyline" worthy of a European metropolis have disappeared. 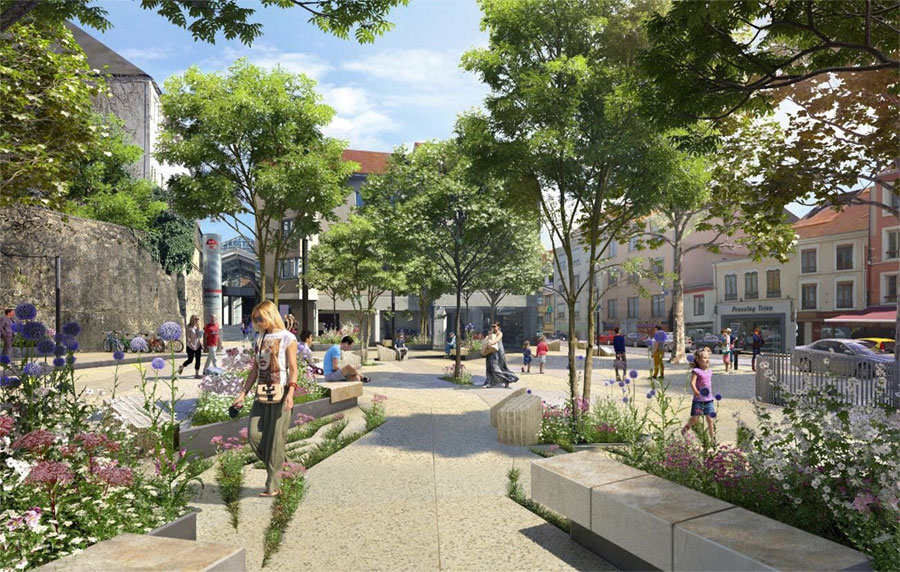 "Anything above 50 meters" - administrative definition of a high-rise building - "has been removed", one decrypts the public company responsible for developing the site, the SPL Part Dieu. 100.000 square meters of construction have fallen by the wayside, almost exclusively offices.

Green and "peaceful", the first business district of France outside Paris must become a place "to live", at the service of its inhabitants, aspire the ecologists who presented their first major project there since their arrival at the head of Lyon. a year ago.

"We no longer want hyper-specialization. The key word is rebalancing of uses," said the SPL.

Two traffic lanes have been reserved for "soft modes" of travel. And the rare green spaces planned will be a little more generous.

Michel Le Faou, who steered the town planning policy of the previous team, expected "much more impact": for him, environmentalists "were satisfied with + greenwasher + the existing project".

Because the transformation of this symbolic district of the wanderings of the 70s, with its brutalist architecture and the priority given to the car, was already well underway, according to orientations many of which were "eco-compatible".

Other projects, less ecologically virtuous, were too advanced to be called into question. The newly elected officials had to swallow the construction of a spectacular skyscraper adjoining the station, the first floors of which are beginning to emerge from the earth.

The president of the metropolis, Bruno Bernard, also an environmentalist, and the mayor of the city, Grégory Doucet, also found themselves cutting the ribbon after the completion of work on the La Part-Dieu shopping center - the largest in 'Europe in the city center.

A complex now certainly topped with pleasant green terraces replacing an old parking lot but symbol for many environmentalists of a frenzy of consumption hated.

What next? Pedestrianization in front of schools, plantations of mini-orchards, reduction of parking spaces in favor of bicycles: multiple announcements over the past year have been sketching in small touches the green city of tomorrow.

But the opposition criticizes environmentalists for a lack of ambition, evidenced by the absence of these major projects which marked the previous terms of office, such as the rehabilitation of the banks of the Rhône and the Saône.

"What has brought Lyon's visibility for 40 years has been its ability to project itself forward through emblematic projects," said Mr. Le Faou. "We do not see many leaving and those in progress are subject to re-interrogation or put on + stand-by +".

This choice to take your time before setting the main orientations of the city for decades, the Greens fully assume.

"I do not want to sign the building permits for buildings that will have to be destroyed in less than forty years," says the city's urban planning assistant, Raphaël Michaud, who denounces the launch of operations that are too "experimental" in the past.

"A project that goes in the trash ... Another ... Yet another", confirms the local promoter Didier Caudard-Breille, renowned for its head offices with innovative architecture, by picking up projects blocked since arrival of the Greens. He says he learned of the abandonment of a tower project "by the press".

He certainly managed to save his renovation / extension project of an old building in La Part Dieu, but by agreeing to sacrifice the "most innovative" part: swimming pool, gym and spa open to residents - wealthy - of the building.

"We have put social housing in place," says Mr. Michaud. The young elected official recognizes "sometimes very tough negotiations with the promoters" but, he says, it is one of the conditions for Lyon to survive climate change. "Future projects, he assures, will all be examined under the prism of their contribution to Lyon's ecological transition.

Even the new trendy district of Confluence, where ecological initiatives are multiplying, does not find favor in his eyes. Too "bling-bling", with its star architects (Kengo Kuma, Jean Nouvel, Rudy Ricciotti, Odile Decq ...).

"We tried a lot but, in terms of ecology, it was communication that was made under exorbitant financial conditions, while at the same time we abandoned other neighborhoods", denounces- he. With the Hikari project, which aimed to become the first positive energy urban island in Europe, "we made a fool of ourselves".

In terms of urban planning, the Greens are not starting from a blank page in Lyon. Without being the "quarter-hour city" called for by their wishes, the agglomeration is already largely multipolar, especially with the emergence of the new districts of Gerland, La Soie and soon La Saulaie, where offices and offices coexist quite harmoniously. housing.

But the attractiveness of the third largest city in France has propelled real estate prices to levels never reached in the provinces.

"The priority of the mandate is affordable housing, not just housing," insists Mr. Michaud. Tools have been put in place or strengthened, such as solidarity land leases and an increase in the budget devoted to social housing.

But if it wants to meet its ambitious objectives, the executive will have to find where to build, since it has undertaken not to concretize surfaces that are still intact and to switch back into agricultural zones a number of land hitherto promised for urbanization. .