In India, the challenges of the coming urban population explosion 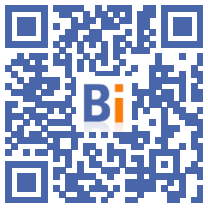 India, a country of 1,4 billion people, is set to experience an explosion in its urban population in the coming decades with already overcrowded megacities lacking essential infrastructure, where living conditions are likely to deteriorate further. more due to climate change.

The population of Bombay, one of the largest cities in India, has increased by 8 million inhabitants over the past thirty years, the equivalent of New York. The megalopolis is now home to 20 million people and is expected to have seven million more by 2035.

Like other Indian megacities, the housing stock, road and transport networks, water supply and waste management have not developed enough to meet real needs.

Thus, approximately 40% of the population lives in slums. Overpopulated, made up of makeshift shacks, these areas of misery are for the most part devoid of running water, electricity and sanitary facilities, which are enjoyed by the richest districts of India which, in places, adjoin them.

Commuters spend several hours commuting to work in Bombay. Clinging to the doors of crowded trains, aboard packed buses, cars or motorbikes for the more well-to-do, traffic is a constant ordeal on bad, congested roads.

Mohammed Sartaj Khan, originally from a village in the northern state of Uttar Pradesh, arrived at the age of 16 or 17 in Bombay and settled in the largest slum, Dharavi, filmed in "Slumdog Millionaire", where a million people are crammed.

"When I got here, people made me feel like ants (...) like in an anthill, nobody cares about others," he points out.

He remembers a "wonderful childhood spent in the village" where "there is a peaceful atmosphere, the complete opposite of the chaos here".

And to add: "the population has no money".

Now 35, he still lives in Dharavi and works in a tannery.

When he started out, he earned 6.000 rupees (70 euros) per month, but today, having become a technician, his salary is four times higher. He intended most of it for his wife and his children who lived in the village, regretting to return there so rarely, for lack of means.

The world's population will reach eight billion this month. The UN predicts that India's will rise to 1,7 billion from the 2060s, before declining to 1,5 billion in 2100.

The number of city dwellers will increase by 270 million by 2040, but more than half of Indians will still live in rural areas, according to the International Energy Agency.

According to an Indian government report from 2021, around 70% of the billions of liters of wastewater produced every day in cities go untreated.

Bangalore, which is experiencing some of India's worst traffic congestion, suffered severe flooding in September, blamed on the development of buildings in the tech hub, without a master plan.

Many cities are victims of floods, including Madras which was also hit by drought in the summer of 2019. This kind of crisis is blamed on insufficient rains and urban expansion on wetlands in the ecosystem.

"When growth is unplanned, many cities experience flooding," Professor Sayeed Unisa of the International Institute of Population Sciences in Bombay told AFP.

Millions of Indian city dwellers do not have running water and depend on deliveries by truck or train.

Everywhere, including in Delhi, the population is drilling deeper and deeper wells as the level of the water table drops.

Bombay and Calcutta are particularly exposed, and also threatened by rising sea levels.

Indian summers are increasingly hot, especially in concrete urban areas that retain heat. This year, India had the hottest month of March.

Urban overcrowding increases the risk of seeing viruses like Covid spread on a large scale.

According to Poonam Muttreja of the Indian Population Foundation, India should invest in the rural economy to stem the exodus to cities and encourage people to move to smaller urban centres.

"The poor, especially migrants, in large cities are the most vulnerable" to natural disasters, said Mr. Muttreja.

"India needs to make a paradigm shift. And instead of complaining, we need to start acting. It's not too late to start planning."