In Haute-Savoie, a real estate developer prohibits "Airbnb rental" in its accommodation 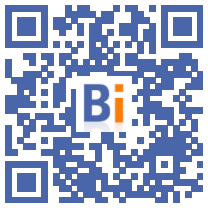 A real estate developer from Annecy (Haute-Savoie) has decided to ban short-term furnished rentals, in particular via platforms such as Airbnb or Abritel, in its new accommodation, its general manager explained to AFP on Friday November 18.

"In our programs, we have more and more buyers who buy to make an investment. (...) The problem is that these investors, more and more, rent in Airbnb", notes Benjamin Combey, leader of Primalp (Odes Habitat group).

The Annecy promoter believes that this phenomenon is becoming "a little too preponderant" to the detriment of year-round rentals, while there is currently "a housing problem" in Haute-Savoie. "We no longer rent to people who work and live in the department, when we all know that there is a big labor problem", laments Benjamin Combey.

Primalp also intends to spare people living in its buildings the "inconvenience" of a sometimes "complicated" cohabitation with tourists using platforms for renting accommodation between individuals.

The ban will be included in the new co-ownership regulations. "It is the most effective legal means", estimates Mr. Combey. It will then be up to the trustees to ensure its proper application.

This measure will concern all future real estate programs of the company, which builds between 100 and 150 homes per year across Haute-Savoie, excluding projects in ski resorts.

"Primalp is right to do so and it is becoming widespread among other developers," reacted Vincent Davy, president of the Federation of Real Estate Developers (FPI) of the Alps. However, this legal tool "does not solve everything" according to him, recalling that the tourist attractiveness of the region and questions of property taxation play a role in the current situation.