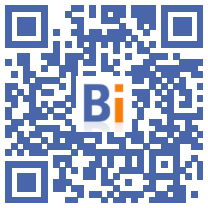 It's a paradox: the more the sun shines, the more the photovoltaic installation of the German entrepreneur Jens Husemann has every chance of being disconnected from the electricity grid, a waste of power yet so precious in these times of energy crisis.

"There are cuts every day," laments AFP this small solar energy producer, whose panels line the roof of a transport company in Aurach, in northern Bavaria.

In the roughly 200 days since the start of the year, his installation has been down for more than half the time.

The current produced during these disconnections was de facto thrown in the trash because the network does not have the capacity to transport it.

The contractor could provide electricity to around XNUMX homes. Instead, it will not have delivered half of its production capacity by the end of the year.

"It's a deception vis-à-vis the population," he gets angry.

His irritation is all the greater given that at the same time electricity prices are soaring in the wake of the war in Ukraine and that the government continues to proclaim that it wants to encourage clean energy in Germany in order to reduce dependence with regard to Russian fossil fuels and to achieve its climate objectives.

He is not the only victim: the operations of this "decoupling" from the network have multiplied in recent years in his region, mainly targeting large photovoltaic installations.

The local operator N-Ergie, which buys Jens Husemann's production, is well aware of the problem but has no choice but to intervene in the face of increasing bottlenecks or in the event of network maintenance. .

“We are currently witnessing – and this is fortunate – a maximum increase in photovoltaic parks, as we have never seen in the past”, underlines Rainer Kleedörfer, head of the development department of the operator.

But when one to two years are necessary for the commissioning of a park, the extension of "the network infrastructure which must be carried out in parallel lasts between five and ten years", he points out, in particular in because of the very long administrative authorization procedures.

Consequence: the number of disconnections has continuously increased in recent years, mainly around the "midday peaks", when the sun shines most intensely.

This phenomenon of production which explodes while the network is unable to keep pace affects wind energy even more and at the national level, affirms Carsten Körnig, director of the federation of solar energy.

Concerning solar energy, according to him, the problems remain relatively limited and regional, Bavaria and certain large photovoltaic parks in eastern Germany being the most affected.

For the future, Mr. König fears an accentuation of the problem in rural areas, in particular "if the political decision-making aimed at developing the network according to the needs lasts too long".

According to the latest available official data, 6,1 terrawatt hours (TWh) of electricity produced in 2020 via renewable energies in Germany could not be used due to the weakness of the grid.

Taking an average consumption of 2.500 kilowatt hours for a two-person household, this represents a volume of electricity for some 2,4 million of these households that has been lost.

The Federal Network Agency wants to be reassuring.

"The idea that the development of a network in line with needs will not take place is generally not shared," says a spokesperson for the institution.

Admittedly, he acknowledges the delays attributed in part to long authorization procedures or to an overload of work by specialized companies.

Irritating as the regular cuts to his facility may be, Jens Husemann will not have lost too much financially.

The operator must indeed compensate him up to more than 35.000 euros, for electricity which will never have been able to travel the way to a power outlet.