In France, offshore wind players are waiting for the promised "acceleration" 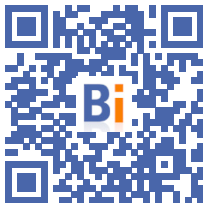 How to build 50 offshore wind farms by 2050? Sector players await, not without concern, the means and above all the planning that could enable France to catch up and deploy in this energy.

At the Seanergy trade show in Le Havre, all the major developers on the continent are there: the French market attracts, the second largest deposit in Europe by its seafront and its wind regimes.

The figures, however, could have made potential investors think: today it takes 10 years in France to bring a site into service, five in Germany, six in the United Kingdom... Seven parks (3,6 gigawatts in total) have to date been awarded to operators, but France has just produced its first electrons, with its Saint-Nazaire park nearing completion.

However, according to all projections, to achieve the necessary carbon neutrality in 2050 and avoid the worst effects of global warming, France will have to massively deploy offshore wind power, whether it relaunch nuclear power or not. For RTE, the high-voltage network manager, 22 to 62 GW will be needed, depending on the package chosen.

But can the country get there?

"The pace of projects will have to be more sustained and this from this decade", underlines Vincent Balès, DG France of the German energy company wpd, calling like the rest of the sector for planning, rather than the launch of projects "one by one. cut".

The horizon of 40 GW (about 50 parks) mentioned for 2050 by Emmanuel Macron "gave a perspective to the sector, but what will be the implementation?", He says. "In Europe, the plans that have worked identify favorable areas. In France, we are burned by the plans by facade, which mainly define exclusion zones. There is concern in the sector about the method".

In the spans of the show, we quote Germany and its "fairly fine" cartography, with zoning for the short and long term.

“Planning at the national level is not the choice we made in France, because we need a dialogue with the actors and the territories”, replied in Le Havre Eric Banel, director general of Maritime Affairs at the secretariat of State in charge of the Sea, announcing before the Syndicate of Renewable Energies (SER) the "relaunch of a planning cycle" by facade.

For the SER, it may be much too late. The association asks the State to preposition large potential areas, before launching debates on areas to refine. At the risk if not of an "air pocket" after 2023, date of the last calls for tenders planned to date, deleterious for the sector, its factories and its subcontractors.

Elodie Martinie-Cousty, who participated for France Nature Environnement (FNE) in all public debates on offshore wind power, does not hide her frustration either: the State will have to change its method, unless it generates new appeals and disputes. , she says.

This vice-president of the Economic, Social and Environmental Council (Cese) criticizes her for not considering the overall – “disastrous” – state of the sea, in particular for not also reviewing the impacts of traditional activities, fishing and transport.

"Wind power is necessary, operators must be given visibility so that they can invest. But we cannot plan the entry of a new massive industrial activity without having measured the impacts of + historical + activities. We ask the "State to do its job as a state strategist. In one year we can do this planning if everyone gets around the table".

The SER, like the FNE, are also asking for more human resources to put the State services "up to the challenge": the agents responsible for examining the files are five times less numerous than in the Netherlands, laments the SER.

Despite everything, the sector has already benefited from simplifications, in particular with the “Essoc” law of 2018 and the State taking charge of public consultations, now organized before designating developers.

In the context of the war in Ukraine, the government must still present to the Council of Ministers by the end of July a "draft law for the acceleration" of renewables. But this text will only marginally concern offshore wind power.