In Essonne, the State to the rescue of Grigny 2 undermined by "over-indebtedness" 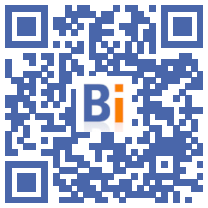 Faced with the "spiral of over-indebtedness" of the immense co-ownership of Grigny 2 in Essonne, the State is preparing to buy more than 1.300 homes by 2026, under the "worried" eye of some co-owners.

Of the 5.000 housing units in one of the largest condominiums in Europe, known to be plagued by unsanitary housing and shared rentals, 1.320 housing units will be bought by the State, through the land establishment of Ile-de-France, Epfif. Among them, 920 will be destroyed (nine buildings out of the 104) and 400 transformed into public housing.

"This is a large-scale operation, the biggest concerning the recovery of a condominium in France", explains to AFP Alain Bucquet, delegate prefect for equal opportunities of Essonne.

A new step for this co-ownership of the 60s, where around 17.000 people now live, after twenty years of ineffective interventions, which have led the State to inject the equivalent of 15.000 euros per home in an attempt to save them.

"We are devastated, it is a disproportionate decision. The State decides to build, then to deconstruct and we must say + amen +", indignant Nicolas Pougès, 51 years old and became the owner in 2015 of an 85m³ for 90.000 euros.

According to him, "the state has allowed the situation to rot and the inhabitants have to pay the price."

"We accept the redemption but we remain worried and want a right of scrutiny on the sale price, 600 euros per m³ is impossible", alarms Chantal Lepaubin, president of the association Together for the success of Grigny, and owner in Grigny 2.

With the other co-owners, she blames the "crooked trustees" at the origin of the tens of millions of euros of unpaid bills and the "lack of management of the court administrators who made money on our backs".

After an amicable sale, the co-owners concerned will either have access to social housing or the possibility of acquiring new housing in Grigny 2: "We leave the choice to the owner-occupants and social support will be provided", states the Prefecture of Essonne.

But in the event of a dispute, it will be expropriation.

This plan concerns five groups of bankrupt buildings, rue Vlamink, Lavoisier and square Surcouf. The 22 others will keep their current status of co-ownership because, for them, the "recovery is still possible".

"Poverty" and "housing crisis" are the main causes of the "spiral of over-indebtedness": "we sold apartments to low-income people, not solvent", says Lara Tobin, an Epfif official for Grigny 2.

Regarding the sale price, it indicates that it "will depend on the condition of the accommodation". "As a public establishment, we are bound by the assessment that will be made by the administration of the estates," she continues.

In Grigny 2, plans have followed one another over the years: since 2017, the district has benefited in particular from an operation of national interest to requalify degraded condominiums via the Epfif.

In all, the public operator has already spent 18,6 million euros in the purchase of housing (600) to prevent bad payers or sleep merchants from becoming owners and 4,1 million euros in charges.

Repair of the exterior building, elevators, fire safety and a new emergency work plan of 45 million euros will be carried out, fully supported by the State.

In parallel with the plan of massive repurchases orchestrated since March, by the Epfif, the prefecture and the town hall.

For the Communist mayor of Grigny, Philippe Rio, the buyout plan is the “only solution” because the five groups of buildings targeted are “impossible to rectify”, “we are between 250 and 500% of unpaid bills”.

"Some inhabitants are angry, worried, in the misunderstanding and others are relieved: we have given ourselves five years to succeed, we do tailor-made support, lace", supports the mayor of the poorest city in mainland France.