In China, workers trapped in a flooded tunnel 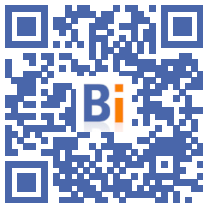 More than a thousand rescuers were trying to find fourteen workers trapped in a road tunnel in southern China hit by a sudden flood on Friday.

The accident occurred Thursday on the construction site of a highway tunnel in the city of Zhuhai, located opposite the semi-autonomous Chinese territory of Macao.

Rescuers still had not been able to contact them on Friday.

At the site, five pumping trucks were busy emptying water from the tunnel while 20 others were waiting, Zhuhai vice-mayor Zhang Yisheng said.

The emergency services believe that the workers are stranded some 1.160 meters from the entrance to the tunnel.

The site is part of a vast urban plan aimed at linking Zhuhai and Macao by motorway to the enormous sea bridge which leads to Hong Kong.

According to local media, two workers were killed in March in the collapse of another section of the highway.

Safety on construction sites has improved markedly over the past decades in China. But accidents still occur regularly in the country, where regulations are sometimes ignored.