In Champigny, companions equip the tracks of the Grand Paris Express 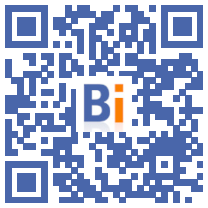 About twenty meters under the ground of Champigny-sur-Marne, about fifteen companions are busy: between the ballet of the nacelles and the smoke of the welds, they equip the tracks of the future line 15 of the Grand Paris Express.

After civil engineering, it's time for equipment: on a 2,5 km section of this Val-de-Marne commune, the Alstom and Colas Rail consortium is in the process of maneuvering. Protected from head to toe, the workers lay the cable trays and supports on which the catenaries and the pedestrian bridge of the future metro will rest.

Located at the top and on the sides of the freshly dug tunnel, these elements take place along the 2,5 kilometers of the "disconnect" section.

This short sector is one of the most advanced, with the rear station of Noisy-Champs in Noisy-le-Grand (Seine-Saint-Denis), the Grand Paris Express site and its 68 stations spread over 200 kilometers around from Paris.

Ultimately, this section of tunnel closed to the public will connect line 15 to the Champigny-sur-Marne maintenance site.

"Everything will be ready for September 2," assures Selim Hmidy, responsible for the catenary and linear equipment part for Alstom.

Without being a training, it is a kind of "learning phase" with "small optimizations", he continues, before the realization of the railway works on the rest of the section, where the metro will circulate with its passengers.

The Colas Rail (specialist in railway infrastructure) and Alstom (railway manufacturer) consortium was chosen in September 2018 by the Société du Grand Paris to equip the 17 kilometers of the eastern sector of line 15 of the Grand Paris Express, between the Noisy- stations. Fields and Green Houses.

This 155 million euro contract will mobilize "up to 260 employees" over a period of 69 months.

The disconnection area at the Noisy-Champs station, the future terminus of line 15 South, is already fully equipped, members of the group told the press.

And on the section of disconnection of Champigny, the concreting and the laying of the railroads “has been completed” for two weeks, underlined Eric Hausherr, head of the railroad part.

On this part of the site, 3.000 m3 of concrete were poured and some 6.000 rigid-shell sleepers were laid, separated from the track by an elastic layer to attenuate vibrations.

A few hundred meters from the future maintenance site, a handful of workers are still carrying out the last welds, protective masks on their heads and smoke extractors in their hands.

To "create the tracks" of the future metro, pieces of rail 18 meters long were lowered into the tunnel, before being welded to form sections of 250 to 400 meters, themselves assembled to each other.

Next week, the companions will get down to laying the catenary, the aluminum structure of which is still stored on the surface of the site between the cranes and the rubble.

The interest is "to test the methodology", affirms Mr. Hausherr, for the moment satisfied with the accomplished work.

The end of this 17-kilometer project is expected in 2024 and the commissioning of line 15 South is scheduled for "mid-2025", with a delay related to the Covid of "three to eight months", recalled Thomas Hantz of the Société du Grand Paris.