In Brazil, the distress of the victims after the floods 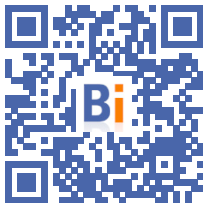 Floods caused by heavy rains in the Brazilian state of Bahia (northeast) have caused untold damage as its inhabitants try, under the threat of new floods, to save what they can in their modest covered homes mud.

The human toll has risen further, rising to 21 dead since the end of November, after the death on Tuesday of a 19-year-old man who drowned in the town of Ilheus.

According to local authorities, this is the highest volume of rainfall in 32 years in Bahia for the month of December. In some cities, the equivalent of a month of rain fell in a few hours.

The floods affected 136 municipalities, or a third of the municipalities of Bahia, affecting nearly half a million people and displacing more than 77.000.

In Itapetinga, one of the most affected towns in southern Bahia, Carlos Batista da Silva points to a mark on the wall above his head that shows how much the water level has risen.

"We tried to remove the furniture, but we didn't have time. We were only able to save the TV," he told AFP.

Joao Vitor Gomes dos Santos, another resident of Itapetinga, could only see the damage. "The water entered the house and submerged the cupboards, the bed... We lost everything," he laments.

In towns where the water level has started to drop, mountains of rubble appear, in a landscape of desolation where access to the worst-hit neighborhoods is only by inflatable boat or helicopter.

But other localities, such as Itambé, Canavieiras, Mascote or Candido Sales, remain under the threat of new floods and residents have had to be evacuated as a preventive measure.

Bahia firefighters closely monitor a dozen dikes close to breaking and waterways that threaten to overflow. In total, more than 40 roads were damaged.

Bolsonaro on a jet ski

Far-right President Jair Bolsonaro on Tuesday signed a decree authorizing an extraordinary credit of 200 million reais (about 21 million euros) for the repair of infrastructure in five states affected by the rain, including 80 million affected in Bahia.

But the governor of Bahia, Rui Costa, estimated Tuesday that these funds were "insufficient".

"The extent of the destruction is impressive. It looks like there was a war. We are still assessing the damage, it is too early to give a concrete figure", insisted this elected representative of the Party of Workers (PT, left) of left-wing ex-president Luiz Inacio Lula da Silva, favorite against Jair Bolsonaro for the October 2022 presidential election.

On Monday, Rui Costa already described the floods in his state as the "worst disaster in the history of Bahia".

President Bolsonaro has been widely criticized for his absence from the field. Several ministers flew over the disaster areas on Tuesday, while he appeared in a jet-ski on a beach in the state of Santa Catarina (south).

"I hope I don't have to cut my vacation short," the head of state told supporters, according to local news site Santa Catarina ND Mais.

"It's not just irresponsibility, it's a lack of compassion. Nearly 500.000 people have been affected by the floods in Bahia and where is the President of the Republic?" from left Marcelo Freixo.

Many celebrities have mobilized to call for donations to help the victims, including singers Gilberto Gil and Caetano Veloso, from Bahia.