In Brazil, a favela in Rio runs on solar energy 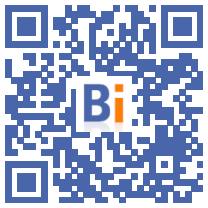 In Babilonia, a favela on the hillside with a breathtaking view of Copacabana beach, in Rio de Janeiro, an image clashes among the corrugated iron roofs: photovoltaic panels to reduce electricity bills.

“Some residents have to choose between paying these bills or buying food,” laments Stefano Motta, president of the first solar energy cooperative in a favela in Brazil.

This cooperative has installed 60 panels on the roof of the premises of a neighborhood association, to supply energy to 34 families.

The production is connected to the local electricity network and the distributor takes account of this contribution of solar energy to reduce the amount of the invoices, with a variable tariff according to the production.

Result: half the price of electricity for Marcia Campos, a 51-year-old social worker, beneficiary of this project set up in July 2021 by several associations, in partnership with the NGO Revolusolar.

Before, his bill was 500 reais per month (about 95 euros), almost half the minimum wage in Brazil.

"Today, I pay around 260 reais, and I even had months at 180 reais" during the sunniest periods, she explains.

In total, the favela has 104 photovoltaic panels, with four installations, one of them on the roof of the hostel of Colombian Bibiana Angel Gonzalez.

"Before, we devoted a good part of our meager turnover to paying for electricity," she says.

"We had made quotes for panels, it was overpriced. But by joining forces with others, thanks to the cooperative, we managed to reduce transport costs," she adds.

"Inhabitants are complaining more and more about the price of electricity bills, and we are showing them that solar energy is important for the environment, but also for saving money", explains Stefano Motta, Italian from 45 years old from Sicily, living in Brazil for about ten years.

He lives in Chapeu Mangueira, the neighboring favela of Babilonia.

André Luiz Campos, a 49-year-old receptionist, is not yet a member of the cooperative and has seen the amount of his bills skyrocket in recent months.

The price of electricity increased by 7% on average in Brazil in 2021 compared to 2020, an increase which should accelerate sharply this year, to 21%, according to the latest forecasts.

Tariffs have increased in particular because of the historic drought that affected Brazil last year, in a country where 57,6% of energy is supplied by hydroelectric plants.

According to the Brazilian Solar Energy Association (Absolar), the share of photovoltaics in national electricity production is only 1,8% in this tropical country bathed in sunshine.

It is however "a sustainable alternative to lower the price of the bills of the poor populations", assures Carlos Aparecido, specialist in electrical engineering at the Federal University of Rio de Janeiro (UFRJ).

Especially since the sector is experiencing "rapid growth", with a 29,3% increase in installed capacity in 2021.

He also estimates that the installation of photovoltaic panels in the favelas could reduce the number of illegal connections to the electricity network, which represent 1,5 billion reais (about 300 million euros) of losses per year in the country, according to an industry association.

According to him, distributors "make consumers pay the bill" to compensate for these losses.

Stefano Motta hopes that the success of Babilonia's project will be emulated in Rio, which has 763 favelas where nearly 1,4 million people live, about a quarter of the city's population.

The first to follow the example is Elma de Aleluia, founder of the NGO SER Alzira, in the favela of Vidigal, very close to the chic district of Leblon.

It installed photovoltaic panels last December, thanks to corporate donations.

"It was a necessity. Thanks to these savings, we have more means to invest in our" socio-educational projects, explains the associative activist.