In Alsace, a "solar house" in response to the climate emergency 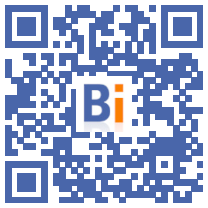 "The architect is the sun": in Cosswiller (Bas-Rhin), the Heliodome, an economical house resembling a huge glass and wood spinning top, draws its energy from the race of the star to bring an architectural response to the climate emergency.

The facade, facing south, is a gigantic glass roof of 160 m2 and 10 meters high, squared with metal. Tilted towards the ground, it evokes either a spider's web or a diamond. 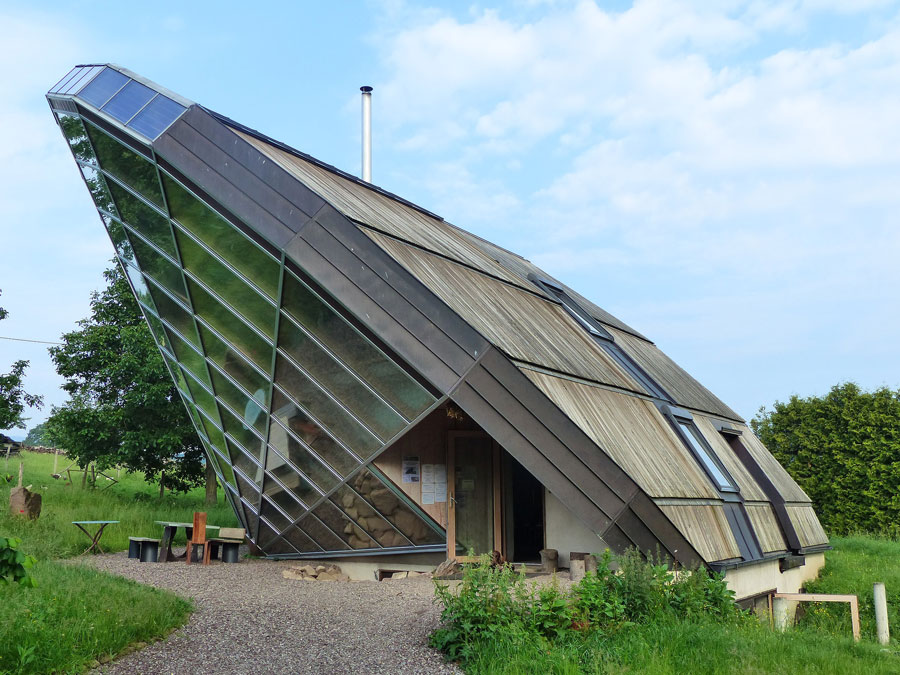 The flat roof is also inclined. Inside, an elegant staircase leads to three large levels, with a total area of ​​200 m2. Concrete and wood, the whole is uncluttered. A piano sits on the ground floor where reigns an astonishing freshness for this end of July in Alsace, where the mercury is close to 30°.

Cool in summer, pleasant in winter, all without air conditioning or heating, or almost: "it sometimes happens to me to make a small outbreak" in an auxiliary stove, confides the designer of the Heliodome (literally "solar house" ), Eric Wasser, 65-year-old cabinetmaker and designer.

The water heater is powered by solar panels on the top of the frame.

In winter, the Heliodome covers up to 80% of thermal needs, explains Mr. Wasser.

The secret? Good insulation (wood wool and cork), south-facing orientation, good inertia and, above all, the canopy and its astonishing inclination, designed to get the most out of the sun according to its daily and annual trajectory.

When it is low in winter, its rays hit the glass directly which makes the most of their heat. High in summer, they cannot directly reach it, leaving the canopy in the shade.

Another crucial parameter: the latitude, decisive for calculating the degree of inclination of the facade. A Heliodome in northern Europe will have a more inclined canopy than in the south, while at the equator it will be straight, explains this former best worker in France, who spent several decades refining a concept for which he filed the patent and which won him the Lépine competition in 2003.

Mr. Wasser will not build his first Heliodome until about ten years later, on the family plot of Cosswiller, west of Strasbourg where he lives with his wife Caty, a glass artist.

The couple welcomes the many visitors intrigued by this architectural UFO which enjoys great media coverage, but has long struggled to conquer a wider audience: for the time being, only a dozen Heliodomes have seen the light of day, in France. , Switzerland and Germany.

Herbert Lötscher was immediately thrilled. “The architect is the sun!”, enthuses this Swiss cabinetmaker-designer who had an 80 m2 Heliodome built ten years ago in Erschmatt, in Valais.

"I was seduced by the shape, the idea of ​​taking the line of the sun", confides Mr. Lötscher, who recognizes that the almost avant-garde novelty of the Heliodome can frighten: "when someone comes with a another form, it always takes time for people to click".

Another factor that may have slowed its development: the technical credibility of a radically new product.

It was crucial to "scientifically translate" the thermal qualities of the house before undertaking large-scale projects, explains Rémi Mammosser, who has been promoting the Heliodome for several years.

The promoter has recently recruited an engineer responsible for designing "calculation algorithms" and will hire another for questions related to the structure of the building.

It took time but "it was imperative" to establish the solidity of the concept in the face of "administrative and technical constraints" and to ensure effective promotion, insists Mr. Mammosser.

The projects, moreover, are taking shape: in addition to three houses and the extension of an existing building, around ten lodges and a large reception hall will see the light of day in Savoie. A four-storey building project for a bank is also in the pipeline.

The Heliodome is on a "very good track", welcomes Rémy Mammosser, convinced that its architectural design, which requires almost no "technological" additions such as air conditioning, is "one of the best responses" to the climate emergency. .

The Heliodome "shows us exactly the agreements that must be found in order to be able to take advantage of what nature" offers, summarizes Mr. Wasser. "If we are willing to try to build in this direction, I think we will be able to make buildings that are economical over time".