In Marseille, the fight against unworthy housing in slow motion 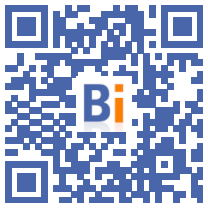 On November 5, 2018, the drama of the rue d'Aubagne exposed to broad daylight the leprosy of the undignified habitat which is eating away at Marseille. But since the death of eight people in the collapse of two buildings, everything seems to move forward in slow motion.

"We have the impression of having wasted two years," regrets Emmanuel Patris, of the Collectif du 5 Novembre, born after the disaster in the Noailles district, in the working-class heart of Marseille.

The extent of unsanitary housing in France's second largest city was revealed in 2015 by the Nicol report. Described as a "hoax" by the former LR mayor of Marseille Jean-Claude Gaudin, he identified 40.000 slums in the second largest city in France, or 100.000 people out of 860.000 inhabitants.

And Florent Houdmon, from the Abbé Pierre Foundation in Marseille, to take out his calculator. There were 5.000 evacuated and rehoused, following dozens of dangerous orders taken in the months following the impact of the rue d'Aubagne: "So there are still 95.000 people in unsanitary housing ..." .

In fact, rue d'Aubagne, everything seems frozen. As for the odd numbers, beyond the great void left by 63 and 65, buildings up to 83 are still inaccessible. The public land establishment has started to buy them back but only three quarters of the housing has been acquired for the moment, explains Jean-Philippe D'Issernio, regional delegate of Anah (National Housing Agency) and of the 'Anru (National Agency for Urban Renewal).

"It could take years", fears Mael Camberlein, ex-owner in the rue d'Aubagne, whose apartment disappeared in the tragedy.

The situation seems the same throughout Noailles and beyond even if, behind the scenes, the files are advancing.

Of the 600 million euros announced against unworthy housing by the LR president of the Aix-Marseille-Provence metropolis, Martine Vassal, on November 28, 2018, more than a third come from the State, notably via Anah which promises 240 million euros over 10 years for emergency rehabilitation works.

Two years later, the works are almost finalized for 24 condominiums, or about 300 homes, for 5,9 million euros, explains Mr. D'Issernio. "Of course, we would like to go faster but we cannot do just anything with public money, a certain formalism is essential".

Unsanitary buildings, "it's not just Noailles", insists Patrick Amico, housing deputy of the new left-wing municipality, elected after 25 years of reign by Jean-Claude Gaudin: "The 50rd arrondissement [around Saint Station -Charles or the Belle de Mai], it is the absolute horror. Potentially, XNUMX% of the old buildings of the XNUMXrd could be in danger within five years ".

After rue d'Aubagne, the State and communities signed a major action plan in July 2019 to break down the 600 million euros initially promised: the PPA (Partnership Development Project) Marseille Horizon defines a 15-year strategy per 1.000 ha of the city center, or 200.000 inhabitants.

But the first phase of this project, worth 217 million euros, remains very targeted: four degraded islets, only 7 ha, around Noailles and the Belle de Mai, involving 314 buildings.

As for the SPLAI-N (local public development company of national interest), the management tool of this PPA, it had to wait until June 2020 to meet its first board of directors. Covid obliges, in particular. Its managing director, Franck Caro, co-editor of the Nicol report, has only just been appointed.

"The time of town planning is a long time", relativizes Muriel Joer Le Corre, "coordinator" of State services and member of the PPA steering committee. "But today the planets are aligned."

"With the SPLAI-N, we will try to speed up time, but everything will not be resolved in a snap of the fingers", insists David Ytier, vice-president of the metropolis in charge of housing and unworthy habitat and president of this structure where Aix-Marseille-Provence is the leader (59%), ahead of the State (35%) and the city of Marseille (6%).

The tool is therefore in place, with a global project, and the money is on the table. Beyond the initial 600 million euros, "with the leverage effect and private investments, it is even 1 to 1,5 billion euros that will help renew the city", hopes Mr. Amico .

But for what renovation? What types of accommodation?

On the side of the municipality, we want to avoid two pitfalls: transform the popular heart of the city into a "boboland", once the buildings have been rehabilitated, or replicate Euroméditerranée, an ultra-modern district that has risen from the ground instead of the old docks: "We wants to do haute couture, but it will take longer, "concedes Patrick Amico.

No question of razing and rebuilding everything: "With these +3 Marseille windows + [a type of building characteristic of Marseille], we are still facing one of the most important pre-revolutionary groups in France", insists Mr. D ' Issernio. "Marseille without Noailles, it would not be quite Marseille".

In the metropolis, David Ytier boasts another tool put in place in October 2019, in Noailles: the rental permit. Because "unworthy housing is very often private housing and this permit is a key to going to see behind the facades", he explains. Out of 252 files filed, nearly a quarter were refused, forcing owners to start work.

The city, it uses the procedure of office work which allows it to replace the defaulting owners. Forty-eight million euros of works were thus launched, on sixty buildings. "Then we transmit the facts to justice," insists Mr. Amico. "It can go as far as theft and prosecution for endangering the life of others."

"We note with satisfaction the increase in reports from the town hall of Marseille", had testified the public prosecutor, Dominique Laurens, in mid-January, revealing to have opened 76 investigations against unscrupulous owners.