In Corsica, more archaeological excavations in four years than in 100 years 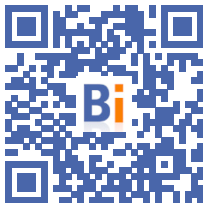 The number of archaeological excavations in Corsica has been greater in four years than "for 100 years" in the face of the dynamism of real estate construction, the president of the National Institute for Preventive Archaeological Research told AFP a few days ago. (Inrap).

"Since 2018, there have been around 70 diagnoses and around thirty resulting excavations. There had not been as many for 100 years and what there had been for 100 years was already not negligible" , welcomed the president of Inrap, Dominique Garcia, visiting for a seminar at the archaeological museum of Lucciana (Haute-Corse).

"It is linked to the dynamics of territorial development on the island and also to a proactive policy of prescribing the State to better understand the archaeological history of Corsica", he said to explain the sharp increase in preventive excavations which consist of exploring the land to see if there is any historical heritage before any construction.

"Nationally, Inrap has an annual average of 2.200 diagnoses and more than 200 excavations per year. Over the last 4 years in Corsica, around a hundred operations, the densification of operations in Corsica has increased tenfold" , insisted the director general of Inrap, Daniel Guérin.

"It is because there is this dynamism that we made the choice in 2018 to open a research center in Vescovato (Haute-Corse) and to set up a permanent team of ten permanent agents there. , supported by a dozen other people in CDD ", added Mr. Guérin, evoking" a dynamic almost unmatched elsewhere on the national territory ".

Among the most notable discoveries in recent years on the island are that of an ancient necropolis in April in Ile-Rousse (Haute-Corse) and an Etruscan tomb in Aléria in March 2019 which had "fallout" international ", especially Italian, according to Mr. Garcia.

Inrap was created in 2001 by the State which instituted, at the same time, the obligation of diagnoses and, if necessary of excavations, on any development (construction of parking lots, roads, supermarkets, etc.) in an area archaeologically sensitive.

The institute has a dual activity: on the one hand preventive diagnostics subsidized by the public authorities, on the other hand the actual excavations, open to the private sector and therefore subject to competition since 2003.