In 25 years, 35.000 buildings saved by the Heritage Foundation 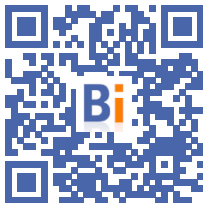 The Heritage Foundation, born 25 years ago, has helped "save" 35.000 endangered buildings of French heritage, according to its president, Guillaume Poitrinal, interviewed by AFP on the occasion of this anniversary.

"Our equivalent in England, the + National Trust + (national trust for places of historic interest or natural beauty, editor's note) has a budget of 300 million euros", he notes.

Mr. Poitrinal is nevertheless delighted to see "the important development taken by the foundation over the past five years", thanks in particular, he said, to the Heritage Mission for the safeguard of heritage in danger, entrusted to the facilitator Stéphane Bern, and to the subscription for Notre-Dame.

An impact survey carried out by the Pluricité firm, on the occasion of the 25th anniversary of the foundation, reports "economic benefits linked to cultural tourism" in general of "15 billion euros", directly or indirectly representing "500.000 jobs "in France.

If "the State takes good care of its large national palaces", it is the foundation which receives "appeals for help from small towns, associations or individuals, anxious to save their local heritage" and which concentrates "80 % of the activity of the foundation "through its means which are in particular sponsorship and the collection of donations, according to Mr. Poitrinal.

The impact survey reveals that "a quarter of" historic French buildings are "in poor condition" while 46.000 sites were classified "historical monuments" in 2020 and "40 others listed as World Heritage by Unesco".

86% of French people say they are "attached to this heritage" and 31% have already made a donation for its conservation, while 74% visit heritage sites each year, underlines the same survey.

Chapels, small theaters, museums, bridges, lighthouses, washhouses, locomotives ...: with a network of 800 volunteers, the foundation helps in particular a number of villages and towns with fewer than 2.500 inhabitants. Its "crowdfunding" platform is currently collecting donations on the internet for more than 2.700 restoration projects.