In 2021, France should do better than the euro zone, according to the IMF 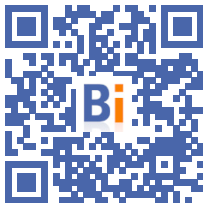 The International Monetary Fund (IMF) expects GDP to rebound by 5,8% in France in 2021, a forecast revised upwards compared to January and higher than the growth rate projected for Europe.

France, which has just established a new containment to deal with the third wave of Covid-19, should do a little worse this year than the world economy (+ 6%) but better than the euro zone (+4,4 , XNUMX%), according to the IMF's World Economic Outlook released on Tuesday.

This optimistic revision, however, does not take into account the new restrictive measures taken last week to limit the spread of the epidemic in France.

These new measures have led the government to revise downward this weekend its growth forecast for 2021: it is only expecting 5% instead of the 6% hoped for so far. A figure that remains high, however, compared to the 8,2% plunge recorded in 2020.

In 2022, France is expected to post a growth rate of 4,2%, almost equal to what the IMF expected in January. 2022 is the horizon at which the GDP of France and the euro zone should return to their pre-pandemic level, while the United States, where the vaccination campaign is in full swing, should return to their ex-ante level of wealth as of this year.