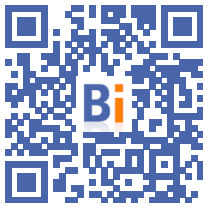 How many immigrant workers died in Qatar before the 2022 World Cup, especially on construction sites? This question at the center of the criticisms aimed at the gas emirate seems destined never to obtain a precise answer.

A figure has caused a lot of ink to flow: that of 6.500 foreigners dead in Qatar since the awarding of the World Cup in 2010, advanced in February 2021 by The Guardian.

The British daily, which worked on data provided by the authorities of five Southeast Asian countries, explained that "the death certificates" on which it relied "are not classified by profession or place of work".

But many Western media have taken a shortcut and taken this figure by attributing these deaths only to construction sites of the World Cup stadiums, accidents, heart attacks due to heat or exhaustion, etc.

The International Labor Organization (ILO), present in Doha since 2018, also regretted in November 2021 that this assessment had been "widely reproduced (...) without always including the context (...) and attributing often these deaths during the construction of World Cup venues".

The Qatari authorities forcefully deny, evoke "slander", "racism", and now brandish the threat of legal proceedings. "We have taken a wide range of measures (...) to improve the lives of all workers in Qatar," a government official told AFP. According to him, "there remains work", but "no one can legitimately dispute that the World Cup has accelerated progress in our country".

The International Trade Union Confederation, which is negotiating social reforms with the authorities, also speaks of "significant progress" while adding that more needs to be done.

The Supreme Organizing Committee of the World Cup advances the figure of three deaths on the only infrastructure sites directly linked to the tournament, in particular the stadiums. This record was also mentioned by the boss of Fifa Gianni Infantino in May.

No renowned international NGO has taken up the figure of 6.500. Amnesty International and Human Rights Watch (HRW) have asked FIFA to set up a compensation fund for migrant workers, without giving a balance sheet.

"This figure has become iconic because it answers a question that no one can answer," said Frenchman Jean-Baptiste Guégan, teacher and author of Geopolitics of Sport.

While noting the shortcomings of the available data, the ILO documented 50 fatal workplace accidents of employees in one year, in 2020, and 500 serious injuries. "Most (of the victims) were migrant workers from Bangladesh, India and Nepal, mainly in the construction industry. Falls and traffic accidents are the main causes of serious injuries, followed by objects falling on construction sites", according to the ILO.

One of the main reasons for the vagueness is, according to the sources interviewed by AFP, the deficiency of the statistical tool in Qatar.

For the ILO, these gaps "do not make it possible to establish a categorical figure". It calls for "increased efforts to investigate injuries or deaths that may be work-related but are not classified as such".

"Without a thermometer, it is impossible to take the temperature", summarizes a French trade unionist who has visited the construction sites on numerous occasions. By way of comparison, in 2019, the construction sector in France recorded 215 deaths. "But in a country with 20 times more inhabitants" than Qatar, specifies a source close to international NGOs.

Without an investigation into "employee deaths, it's hard to know how many died from the extreme heat, but there's no doubt the matter is extremely serious," says Steve Cockburn, director of Amnesty International's Economic and Social Justice programme.

"Whether on construction sites linked to the World Cup or not, thousands of deaths remain unexplained over the past ten years, and at least hundreds are probably linked to dangerous working conditions", he continues.

"It's quite simple to hide behind this vagueness. If the Qatari authorities did not premeditate these shortcomings, they are now a shield", analyzes a source close to international NGOs.

In October, on France 5, the French journalist Quentin Müller, author of the book "The slaves of the oil man", pointed out a big hole: "We do not have the statistics for the African countries", second region of origin of migrant workers in Qatar, where foreigners account for 90% of the nearly three million inhabitants.

Another missing data according to him, the deaths of workers who returned home sick, in particular due to "kidney problems" due to the poor desalination of the water supplied to the workers.