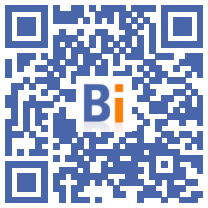 The Belgian group Immobel confirmed a few days ago to have bought, via its French subsidiary, the former site of Tati Barbès from the Ouaki family, founder of Tati, and GPG, owner of the Gifi brand.

The Parisian site of the former Vichy Rose brand is made up of a real estate complex comprising nine buildings, fully owned, for an area of ​​nearly 6.500 square meters.

The real estate developer, who won a call for projects, is planning housing, shops - including a hotel - and offices.

Among the thirty or so family housing units planned, for an area of ​​2.400 square meters, one third will be reserved for social housing, via the Real Estate Agency of the city of Paris (RIVP), and the other two thirds for home ownership, the town hall told AFP in September.

The iconic Tati store, whose pink gingham has brightened up the working-class district of Barbès since 1948, was taken over in 2017 by the GPG group. The latter announced its closure in July 2020, attendance having been strongly affected by the health crisis.