Imerys intensifies its research efforts to prepare for "post-mining" 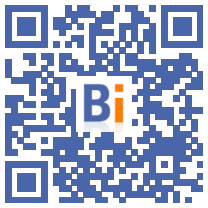 Faced with less acceptability of quarry projects, industrial mineral producer Imerys is looking into "post-mining", by launching the construction of an extension of its Lyon research center dedicated to synthetic minerals.

"We can imagine that one day Imerys will no longer do mining at all," notes Judith Pommay, one of the centre's managers. "In view of the scarcity of raw materials, this is something we have to face."

Since its origins at the end of the 19th century, when it was still called Peñarroya, the French group has always been invested in mining.

First in non-ferrous ores, then gradually in "performance minerals": clay, kaolin, talc, quartz or other corundum that manufacturers incorporate, finely ground, in their products to improve their gloss and opacity, whiteness, hardness or shelf life ...

Its industrial turning point accelerated in 2017 with the acquisition of Kerneos. This former subsidiary of Lafarge produces cements based on calcium aluminates obtained by firing lime and alumina at very high temperatures.

The operation made construction Imerys' main market, with 32% of its sales.

From Kerneos, Imerys also inherited its research center in Vaulx-Milieu (Isère), in the greater Lyon suburbs, a technological gem a little lost in the middle of the largest logistics area in France.

"A world-class lab", with its 93 researchers and technicians, prides itself on its boss Chris Parr. One of the seven available to Imerys worldwide.

It is notably equipped with a scanning electron microscope with a heating stage up to 1.600 °, which makes it possible to visualize in real time the transformation of materials subjected to very high temperatures. There are only three in France, the other two being in academic research centers.

The new extension of the center, launched in the coming days at a cost of between 3 and 5 million euros, will study how to produce some of the minerals currently extracted from the ground by Imerys from waste or co-products.

“In the same way that a diamond can be found in a mine or synthesized in a factory,” says Parr.

A first demonstrator should be operational at the end of the year.

The research center will also continue to develop new solutions making it possible to make construction professions "greener" - a major issue in the ecological transition.

About fifteen new products, developed in partnership with the group's major customers, should come out this year, playing on the unique qualities of calcium aluminates.

Like their ability to freeze quickly. Imerys is therefore studying how to mix them with concrete to construct buildings with 3D printers. It is indeed difficult to imagine walls that "sink" before hardening!

Or their fire resistance, which allows them to be used as insulators. Alternative products, derived from petroleum, release toxic fumes when burning, as the catastrophic fire at Grenfell Tower in London in 2017 (71 dead) showed.

By mixing an aluminate "grout" with surfactants, Imerys has succeeded in obtaining a light foam which makes it possible to "stuff" hollow concrete blocks on the site of a construction site. This mineral insulator, composed of 95% air, has the same characteristics as polystyrene for a little more weight.

Reducing the carbon footprint of concrete is a priority for the construction industry, which generates 8% of the CO2 released into the world.

By adding a mixture of calcined clays and limestone, its carbon impact can be reduced by 35%. Problem, this "green" concrete takes a week to harden, notes Hervé Fryda, responsible for research and development in construction.

The contribution of 1% to 2% of aluminates makes it possible "to adjust the setting time from a few seconds to a few hours", explains the manager, with a supporting demonstration.