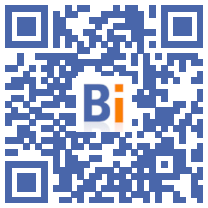 At a time when everyone in our country is invited to reduce their energy consumption, there can be no exceptions or privileges. To help avoid load shedding and electricity shortages this winter, consequences of the war in Europe, the Champs-Élysées must participate collectively and in solidarity with the efforts required of the French.

This is why, on "the most beautiful avenue in the world", the hours of the illuminations, those of the lights and the lights of the signs will be significantly reduced. This decision taken by the Champs-Élysées Committee, following its Board of Directors meeting on September 20, 2022, after consultation with all of its members, including some of the biggest global brands and several major cultural players in the capital, is intended to be both a response to the recommendations of the government, support for the measures announced by the City of Paris, support for the measures that have just been taken by several of the main companies in our country. The Champs-Élysées, committed to their renovation in an urban study which makes an important part of the ecological transition, are aware of the energy issues, of the need to overcome them, of the urgency to act. For this, they wanted, in an approach, not of constraint and obligation, but of pedagogy and conviction, to formulate without delay concrete proposals which combine sobriety and efficiency, solidarity and speed.

Concerning the Christmas Lights, two decisions were taken with the aim of taking into account both their effectiveness and the desire to preserve the wonder and the “magic of Christmas”. Like the provisions adopted for several of the Parisian monuments, their flickering will cease at 23:45 p.m., 2:15 a.m. earlier than in previous years. Shining from Sunday November 20 to Monday January 2 inclusive, instead of Sunday November 20 to Monday January 9, they will last 6 weeks instead of 7 previously. Exceptionally, they will remain lit on December 24 and December 31.

These choices are important: they will make it possible to reduce the energy consumption of the illuminations by 44%. This development extends the initiatives already taken by the Champs-Élysées Committee for several years. In 15 years, between 2006 and 2021, thanks in particular to the installation of LED lighting, the electricity required for the illuminations will have been reduced by 97%. Without mentioning the 480.000 KwH required for illuminations until 2006, the 2022 illuminations will only mobilize 13.176 kWH, i.e. the annual consumption of a household with 3/4 occupants, compared to 23.400 KwH in 2021.

Regarding shops, windows, screens, following a consultation process carried out since the start of the school year with its members, the Board of Directors of the Champs-Élysées Committee wishes that the signs on the avenue turn off their lighting at the latest at 22 p.m. and 00 a.m. the next day, at least. Shops and economic players continuing their activities beyond (mainly cinemas and restaurants) will naturally be able to exceed this limit. However, the Committee encourages them to turn off their lights as soon as they are closed. This measure comes into effect immediately and must be generalized before October 7, 00. Property owners, owners and users of offices on the Champs-Élysées have also been invited to join this movement. The duration of this energy sobriety plan will be extended as needed. It will be the subject of regular progress points.

In general, the Champs-Élysées Committee encourages its members to use the free application open to all, EcoWatt, published by RTE and ADEME, which measures, in real time, the level and peak of energy consumption, launch information plans for their employees, to initiate communication actions towards their customers on changes in individual behavior allowing long-term energy savings.

It will have been understood: the objective of the Committee is to prohibit superfluous energy consumption, without compromising the cultural, touristic, commercial or economic influence of the Champs-Élysées, nor the aesthetic and recreational quality of the walks on the avenue during festive periods. Energy sobriety should not be synonymous with economic recession or psychological austerity. The Fields of sobriety remain the Champs-Élysées. The traditional illuminations press conference will take place on the morning of October 27: the name of the godfather or godmother, the sponsor, as well as the new design of the Illuminations will be announced on this occasion. Innovation in this communication, with a concern for shared excellence and exemplarity, an event will mark the first extinction of the illuminations on the same day.

For Marc-Antoine Jamet, Chairman of the Champs-Elysées Committee: “The Champs-Élysées are, for the whole world, a symbol and a showcase, that of Paris, that of France. It was our duty to show ourselves, collectively, in solidarity, exemplary. One week after having welcomed the first rotation of the barge which transports to the heart of the capital, by the Seine, the materials essential to our current repair sites (sidewalks, roadways), discreet but real precursors in terms of energy savings, the time had come, through our action, through our model, to participate concretely and encourage energy sobriety. In doing so, we have a wish and a hope. Our wish is that Paris remains a party. Not only are we, like the vast majority of French people, concerned about preserving the special atmosphere of the end-of-year celebrations, for our children, for our morale, for our traditions, but we are aware that our attractiveness tourism, trade and culture represents growth and jobs. The Fields of sobriety remain the Champs-Élysées. My hope is that our celebrity will be at the service of the energy sobriety to which we must adhere and that we will bring in our wake all the neighborhood committees, business circles, so that this spirit of frugality spreads . Including in terms of energy excellence, the Champs-Élysées must be a model and remain first. »