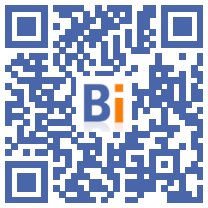 Icade Santé, a subsidiary of the real estate group Icade, announced on Friday that it had launched its initial public offering on Euronext Paris, an operation which will include a capital increase of 800 million euros to finance a three billion euros investment plan for by 2025.

The Santé property company - which owns 183 healthcare establishments in France, Germany, Italy and Spain - has announced the approval of its registration document by the Autorité des marchés financiers (AMF), the first step in a proposed IPO.

The operation "aims to finance our ambitions for increased growth by 2025, which will be supported by the acceleration of our international expansion and the continued diversification of our portfolio", highlighted Xavier Cheval, CEO of 'Icade Santé, quoted in a press release.

The Icade group, which is active in offices, housing and healthcare facilities, which currently owns 58,3% of Icade Santé, "intends to remain the controlling shareholder of the company" after its initial public offering, is it specified.

For its 2021 fiscal year, the Healthcare real estate company expects an increase in its recurring net profit (EPRA) of around 6% compared to the previous fiscal year, to 251 million euros.

It announces "great ambitions" for growth after its listing, with an investment plan of 3 billion euros until 2025, including 489 million euros for projects launched or to be initiated, acquisitions that make the 'subject to exclusivity agreements for around 350 million euros, as well as "other opportunities under study for an amount between 600 million and 1 billion euros".

By 2025, Icade Santé is thus targeting average annual investments of around 600 million euros, as well as an average annual growth of 6% in its recurring net profit. It also promises a "minimum" redistribution rate of 85% on dividends.

To finance these investments, it is planning a capital increase of around 800 million euros as part of its initial public offering.

As of June 30, the 183 establishments of Icade Santé represented a gross asset value of 5,98 billion euros and a total rental area of ​​approximately 2,04 million m2, according to the press release.

The completion of the IPO "is subject to the approval of the prospectus relating to the offer by the AMF, as well as to favorable market conditions", recalls the company.