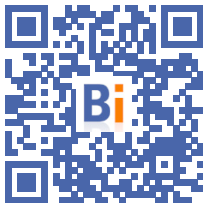 Icade Santé, a subsidiary of the Icade real estate group, announced on Thursday that the conditions of the equity markets did not allow it to finalize its IPO on the Paris Stock Exchange after the construction of the order book.

"In this context, Icade and Icade Santé are exploring several options and will return to the market in the coming days to specify the follow-up given to the operation", indicate the group and its subsidiary in a press release, specifying that the cover of the book of orders was however ensured.

The Financial Markets Authority (AMF) approved last week the IPO prospectus of Icade Santé, for an operation which values ​​the company between 5,6 and 6,4 billion euros.

The indicative price range of the offer was set between 115 and 135 euros per share.

Icade Santé had already announced on September 10 the first step of its IPO, specifying that it would include a capital increase of 800 million euros, to finance an investment plan of three billion euros by 2025.