Icade consolidates its growth despite the health crisis 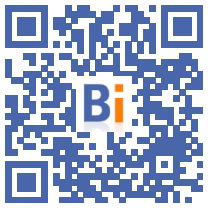 The Icade real estate group recorded strong growth in its turnover in the first half of the year, after already "solid" results in 2020 despite the health crisis, and in the process raised its expectations for 2021.

Icade, which is active in offices, housing and healthcare facilities, is raising its forecasts for its level of net current cash flow (or CNFC), the group's benchmark indicator. With a CNFC of 2,57 euros per share in the first half of the year, the group anticipates growth of 6%, against 3% previously announced (not counting the effects of the 2021 disposals).

Office rentals brought the group 190,3 million euros as of June 30, up slightly (+ 1,8%) compared to the same date in 2020, while the market is still disrupted by the health crisis. On the other hand, the financial occupancy rate is down compared to 2020 (-2,3%), due in particular to departures, notified during the health crisis and which took place at the beginning of 2021.

Icade announces that it has signed and renewed 63 leases over more than 82.000 square meters in the first half of the year.

The group's Healthcare Property Investment branch, which should be listed on the stock market at the end of the year, is also driven by its rental income and the group's investments in France and internationally. It recorded a 5,6% increase in its income.

In total, the group's assets amount to 11,8 billion euros.

As for Icade's promoter activity, the group recorded a sharp increase (+ 79%) in its turnover, after a drop in 2020 linked to the shutdown of almost all of the sites. Compared to the first half of 2019, Icade notes a 38% increase in turnover for this branch.