How to produce and use energy without affecting the climate? 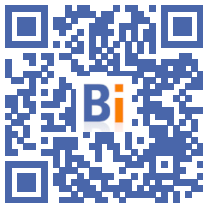 Following the analysis of the IPCC and in particular its latest messages on the urgency of implementing not only policies to mitigate greenhouse gas emissions but also policies to adapt to the consequences of climate change, this statement is based on the reasoned opinions of engineering communities dedicated to the design of energy systems around the world.

1. The production and use of energy is at the heart of the climate crisis because of the resulting greenhouse gas emissions and requires effective action in two main directions. These include:

These two levels can be activated by technological choices and behavioral changes, sometimes encouraged by energy policies.

2. Renewable energies (mainly solar, wind, biomass and hydropower) should be applied and further developed. None of them is without consequences on the environment, sometimes less apparent than for other forms of energy. If the integration of some of them (wind or photovoltaic energy) in the electrical networks can be a source of difficulties due to their variability, others, on the contrary, are virtuous in terms of system stabilization (hydroelectricity with reservoirs ). Most of them are not very dense, their large footprint is a source of local opposition, but they all have the advantage of having a low carbon footprint.

3. Nuclear energy has a very low carbon footprint and its operation is stable and reliable. Like hydroelectricity, it can produce massive amounts of decarbonized electricity and contribute to the decarbonization of energy systems. Nuclear energy is essential in the fight against climate change. Although the safety and management of radioactive waste are often cited as concerns, these concerns can be adequately managed today, in particular by the reuse of certain waste products with long half-lives. The main challenge for energy policy makers and engineers is to restore nuclear power to its rightful place through information and debate.

4. Fossil fuels (coal, oil and gas), which are responsible for a large part of CO2 emissions, still represent the largest share of the global energy mix. If it does not seem possible to eliminate them quickly and completely, particularly in certain sectors such as transport, or in certain countries, they could constitute a transition energy by being associated with technologies for capturing, using and storing carbon. .

5. Electrification is certainly one of the main drivers of the energy transition. Particular attention must be paid to electrical systems, in particular to ensure basic production. The decommissioning of fossil thermal power stations and the massive development of variable renewable energies can pose problems of continuity and quality of electricity supply. Backup power plants, cost-effective and efficient energy storage technologies, development of demand-side flexibility and development of power grids will be needed to overcome the problem of renewable energy variability. The question of access to energy in general and to electricity in particular remains, in many regions of the world, a major challenge to which different answers will probably have to be found, whether for the supply of large megacities in development or for isolated and off-grid sites.

6. The search for greater resilience of energy systems raises questions about land use, water scarcity or the use of raw materials (copper, lithium, nickel, cobalt, zirconium, platinum group metals and rare earths) which could lead to their early exhaustion. The transition from the dependence of energy systems, both on the supply and demand side, from fossil fuels to certain raw materials, components and equipment, constitutes a new challenge to which answers must be found, particularly in terms of the circular economy. and industrial development.

7. Effective national energy policies and international cooperation will be key to implementing the most effective policies to achieve net zero emissions. While it is undeniable that developed countries still represent a significant share of emissions (33% in 2021 compared to 40% in 2011), demographic trends highlight the major role of developing countries: in 2050, the planet will probably have nearly 10 billion people, compared to about 8 billion today, and this growth will be observed mainly in the developing countries, which will represent 87% of the world's population. The search for solutions must be based on a forward-looking vision of energy consumption - marked by the aging of the population and growing urbanization (55% of the world's population lives in cities in 2022, 70% in 2050) and by the associated emissions. Climate policy choices - including support from developed economies to developing economies - cannot be conceived outside of a global framework and effort.

8. The choice to focus on solutions that contribute effectively and immediately to the fight against climate change should not make us forget:

9. Pathways to sustainable energy systems will require a rational and rigorous method of making choices, far from any dream or ideology, and should be based on the following principles:

10. It is essential to have a balanced approach between economic progress, social justice and the preservation of the environment which is fundamental for the energy security of a country. This is the sine qua non condition for the acceptance by its citizens of the implementation of energy policies.