How to lower the temperature of "radiator" cities during heat waves? 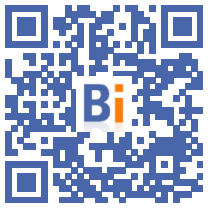 Fountains, water mirrors, greenery, reflective materials ... In urban centers that turn into real ovens during periods of high heat, all means are good to lower the temperature a little.

"We have all already felt the phenomenon of heat when we spend the evening along a wall that has been exposed to the sun all day," notes Didier Soulage, specialist in adaptation to climate change at the Cerema study center . "It restores heat, like a radiator".

At the scale of a city, with a large surface area of ​​artificialized soils and a lack of vegetation, the result can be spectacular, sometimes several degrees higher than in the surrounding countryside.

And this phenomenon of "urban heat islands" is particularly marked during heat waves, which increase with global warming, and in particular at night.

But the causes of these heat bubbles are known, so they can be fought.

"There are three types of solutions: green, blue and gray" (vegetation, water and materials), summarizes Didier Soulage, who pleads for a "combination of the three".

In "green" solutions, reintroducing vegetation and planting trees allows shade to be created, but also allows evapotranspiration, which is essential: during photosynthesis, plants return the water drawn from the plant to the atmosphere. ground.

But "in very dense, very mineralized cities, we cannot plant trees everywhere, because there is concrete, underground networks, load problems", underlines Elodie Grimoin, co-founder of the start-up. up Urban Canopee who imagined an alternative.

A light corolla in composite material, climbing plants that recreate a canopy protecting from the sun and a large connected pot that knows when to water. "Our solution is there to revegetate without breaking the ground, without destroying the site by landing on the surface", assures Elodie Grimoin.

This is already positive for the well-being of local residents. But like a tree, taken in isolation, it is not a miracle solution to lowering the temperature of the city.

"A tree is like a small air conditioner, if you install it in a square, the effect on the temperature will be weak, and diluted, because it is in the open air", continues Julien Cravéro.

Do without air conditioning?

On the other hand, "we can generally cool the temperature of the city" thanks to "systematic" strategies, assures Aude Lemonsu, researcher at the Meteo-France research center.

Creation of parks, green walls, water intake, change of construction materials (lighter to reflect the sun's rays, more porous to let water through) or even the morphology of the city to make the air circulate better ... The result "will depend on the extent of the installations put in place", underlines the researcher, who estimates that the impact can be of the order of "2 or 3 ° C of cooling in the city".

The types of amenities cannot necessarily be tacked from one city to another. "The planners have a panoply, it is up to them to find the right tools according to the future of each place", and to anticipate, continues Julien Bigorgne, expert of the Parisian workshop of town planning (Apur).

For example, what trees to plant and where in the context of global warming. “If I plant chestnut trees everywhere in Paris, which consume a lot of water, will they withstand the next 30 years?” He says.

Whatever arrangements are in place, during periods of extreme heat to which the urban heat island effect is superimposed, it may be difficult to maintain acceptable temperature levels in the city in the future.

According to a study published in early July in Environmental Research Letters, even an "ambitious" adaptation strategy in Paris would not reduce "heat stress" enough to avoid the use of air conditioning.

"If the population wants to maintain its thermal comfort during heatwaves, we must therefore expect a generalized use of air conditioning in Paris and other similar cities," say the French researchers.

So with the vicious circle represented by these air conditioners which heat the outside air, the inhabitants of the cities are not at the end of their trouble.

“If overall it is warmer, in town it will be warmer,” comments Aude Lemonsu, who took part in the study. "As this is where populations and economic activities are concentrated, it can have dramatic consequences on health, and on society more generally".