How to detect termites in a house to renovate? 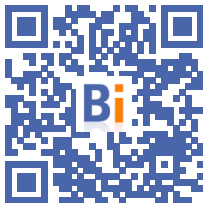 The termites consume the wood in strips, in the direction of the fibers, without rejecting sawdust. Most often, the trace of their passage is then indicated only by ventilation holes as small as a pinhead. 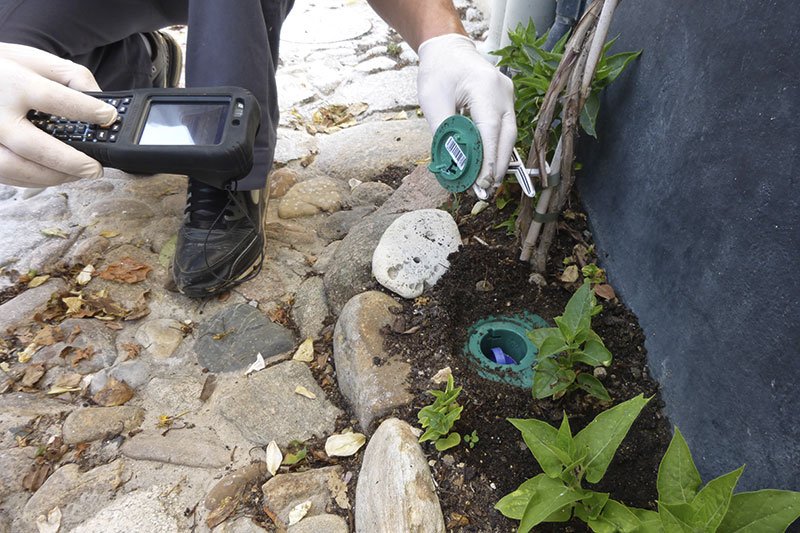 They can thus continue their work out of sight… until the frame deteriorates. They pass through structures, equipment and other building materials that they do not consume to reach the cellulose. It is therefore not only the wood that they damage, but also the plaster or even electrical ducts! And all this without your knowledge!

The fight against termites must also be based on prevention. When one resides in a termite region, it is indeed advisable to anticipate their arrival.

The SENTRI TECH HD method thus offers active surveillance, with elimination of the colony. Better to prevent than to cure… Their particularity: discretion, and most often hidden out of the visual field, they cross, consume and progress in the dark and cause interior damage which is difficult to detect on the outside.

For example, they can attack a baseboard and just leave the coat of paint on the surface. So, when they are discovered, it is often too late ...

Is it true that termites rather attack old buildings?

It's wrong. A new house can be attacked. This is why the legislator has planned pre-construction devices to be put in place in the municipalities where the presence of termites has been declared.

Why is it compulsory to protect new constructions with an anti-termite film?

It is the Law no 99-471 of June 8, 1999 known as the “Termite Law”, its implementing decrees and its orders which obliges the installation of a device in pre-construction to protect against termites in the communes. termites. There is moreover not only the anti-termite film, 2 other devices are envisaged by the Law: the physical barrier (for example very fine stainless wire mesh stopping the termites) and the crawl space of at least 60 cm . This last device does not stop termites but makes it possible to detect them before they do damage, it is strongly recommended to associate it with a monitoring contract including termite traps to stop any infestation and benefit from an inspection. annual building by a professional.

Are termites in the soil, in the earth, how deep?

There are two main types of termites, the drywood termites whose colony is in the house (rare and not very harmful in metropolitan France) and the subterranean termites whose heart of the colony is under the ground. Depth varies depending on soil moisture and soil type. 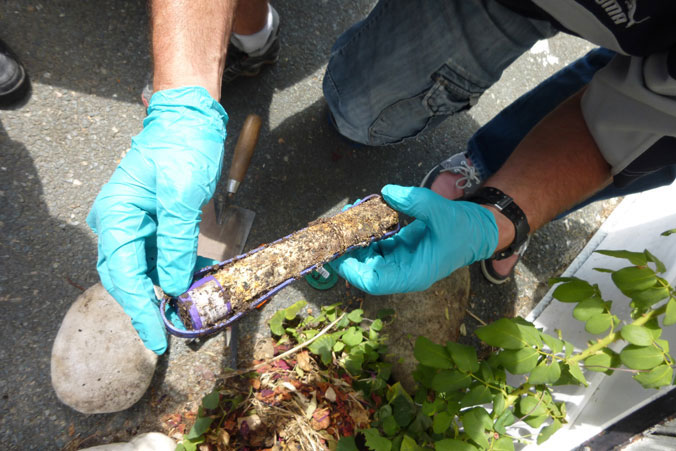 Do termites grow near a piece of wood, preferably? As in the Landes where there are a lot of pines.

The woods are of course a natural refuge for termites where they usefully contribute to the degradation of dead wood, but one cannot say that it is their preferred ground. They adapt very well to an urban environment where they find food in abundance (cellulose in timber, books, insulation boards) and a mild temperature favorable to proliferation. They are found in the heart of Paris, far from the first forests.

Living trees emit toxins that repel termites. However, termites sometimes manage to build a cord on the surface of a living tree, but it remains superficial.

Do termites always attack inert wood? Like in railway ties?

It's a bit the same question as before. The toxins emitted by living wood inform the termite about the situation of the tree. Dead wood will no longer emit it with the exception of certain noble species such as beech and oak. Conversely, dead wood which begins to rot contains microscopic fungi which emit substances which attract termites. Let's not forget that worker termites are blind, smell plays a key role in their behavior.

Paper is almost pure cellulose and therefore highly sought after by termites, and they do not take into account the value of the document, so everything that is precious must absolutely be protected. Their mandibles can go through plastic if they know there is something of interest behind, insulating materials can also go through galleries if there is wood or paper to consume behind. Building materials such as bricks, cinder blocks, concrete cannot be pierced by termites but they always find a crack to squeeze in.

Do termites leave dust in their path? Otherwise what ?

Unlike other xylophagous (wood-eating) insects such as wood beetles, termites do not release sawdust and excrement outside galleries. They use this excrement, saliva and soil to build their tunnels called cords.

Stan Buckley, termite expert biologist at Agro Biocide Consult, will dissociate the true from the false in order to put an end to preconceived ideas about termites.

Are termites tunneling in walls?

As explained earlier, termites exploit any crack to squeeze and tunnel through walls, but are not able to completely undermine a wall. They build the cords on the surface.

In the spring, it sometimes happens that hundreds of adult termites capable of flight emerge from a small hole in the house, this is called swarming. They look like flying ants from a distance but 2 criteria distinguish them: the termite has two pairs of identical wings although they are of different size in the ant, and the termite does not have a narrowing between the thorax and the abdomen while the ant has this characteristic "hourglass".

No, even in the larval stage, they have 3 pairs of legs that allow them to quickly escape when detected.

The winged adults observed during a swarming are black, the workers who dig the galleries and do the damage are white to creamy white depending on their diet.

Are termites invisible to the naked eye?

No, termites measure around 1 cm so are quite visible but not necessarily detectable because they perfectly apply the precept "live happily, live hidden". As they hate drafts, they live in the woods. They can only be found by digging in the wood or by undoing a recent cord in which they circulate.

Do termites proliferate in hot regions? In Africa, in the Dom Tom

Termites are found in temperate and tropical regions, but these are not the same species that build large termite mounds in the African savannah and termites here. The French overseas departments and territories have their own species.

Termites proliferate in places far from humans rather in the country than in the city?

This is incorrect. A recent study carried out by the IRBI (Institute for Research on the Biology of the Insect) in Tours showed in the Loire Valley that 94% of the infestations listed were in buildings and 50% near pathways. iron which have been considerable factors in the spread of the plague.

Termites don't like noise or light: do they work at night when we sleep?

Contrary to what has long been believed (the first termites identified in the XNUMXth century were called "lucifugus"), light does not bother them but they avoid drafts and do not like vibrations. This is why it is not recommended to start work in the house when using the trap technique because this risks temporarily removing the termites while trying to make them consume the bait.

Can you hear termites working?

No, it is the xylophagous insects like the capricorns or the large beetles that make the noise when they dig the frames.

Do termites thrive in cellars?

It is indeed a place that they like, humid and sheltered from drafts and thermal shocks, and when they shelter wood, cardboard or paper, it is even better.

Do they grow in roofs, preferably frames?

There it is necessary to qualify. The frames are made of fairly soft wood (pine, fir in general) and are frequently attacked because they can be close to the ground and termites centers.

On the other hand, the roofs are rarely attacked. When the hermits have reached the roof, it is very serious, it means that they have made their way throughout the house and attacked the structural timber; luckily, they are mostly spotted before.

That's right, it's a favorite area, these insects also need water, and worker termites have very thin skin that doesn't protect them from dehydration.

Are termites never alone? If not in colony?

Yes, they are so-called "social" insects which cannot survive without the help of their congeners. They live in colonies of several thousand to hundreds of thousands of individuals where each has a specialized role (breeders, workers, soldiers etc.)

Termites hibernate or not?

The best time to eradicate a colony? Is it winter when they sleep?

On the contrary, it is in spring and summer when they are most active that they will consume the bait in the traps and be eliminated.

What are the other warning signs, are they compatible with other pests such as slugs, ants?

Ants and termites don't mix. Ants are predators that sometimes try to break into termite colonies. Termites defend themselves by means of their soldiers whose heads are provided with strong mandibles to cut off attackers. The strong presence of slug in a trap intended for termites in the ground indicates an excess of humidity which is not favorable to termites.

When a colony is destroyed, are we quiet?

We must not let our guard down with termites and always maintain a monitoring system even when the colony has been eliminated. It may happen after a few years that a neighboring colony finds the passages of the previous colony and reinfests the building.

What guarantee do we have to ensure that the colony does not come back?

The colony that was present has been eliminated and will not return, but a neighboring colony may re-infest.

Are they attacking humans?

As said above, termites do not bite humans, but can destroy their habitat, furniture, books, etc.

I am selling an old house, there are termites. What should I do ? Do I lower the price or do I have to deal before I sell it?

The only legal obligation in termite areas is to perform the termite diagnosis when selling the house and this diagnosis will be part of the documents of the deed of sale at the notary, but it is not mandatory to treat. Of course, this can be used by the buyer to try to lower the price and it will be easier to sell the property after removing the termites by means of the traps, and offer the buyer to continue the monitoring contract.