How are the French preparing and considering energy savings for this winter? 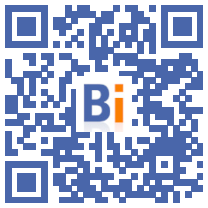 With the arrival of winter, Rothelec, specialist in economical electric heating and inventor of inertia radiators, wanted to know if the French were ready to save energy with a survey of 1.002 people representative of the population. French.

Who should be the most energy sober?

Regarding the issue of energy sobriety, the French have a clear opinion: more than 54% think that individuals should make less effort than professionals. Only 39% believe that the efforts should be equivalent and 4% that it is up to individuals to make more savings.

For or against the drop in house temperatures this winter?

As for lowering the temperature in homes when the thermometer is at its lowest, the French are very divided: 48% believe it is a good idea but 39% think not and 13% do not still don't know how to answer this question.

Moreover, between knowing that lowering temperatures is a good idea and doing it, there is also a gap. In fact, 45% of those questioned declare that they will effectively reduce the heating of their homes by a few degrees this winter, but 44% admit that they will not and 11% have not yet made their decision.

How do you really save money?

To really lower the energy bill, the French have some good ideas. Thus, 77% consider that good insulation of walls, ceilings and floors is the most effective solution.

In second place, 65% think that solar heating is relevant and 61% that high-end radiators should be installed.

“In fact, it is the accumulation of all these solutions that makes a home efficient and therefore enables significant energy savings to be made. If you have cardboard walls, solar heating will not be more interesting. On the other hand, properly insulating your house, combining a solar heating system with top-of-the-range radiators equipped with remote thermostats, while closing your shutters at night, is the winning formula for great energy savings”, said Jean-Alexandre GRUNELIUS, CEO of Rothelec.

More than 1 in 2 French people plan to change heating

In May 2022, more than 47% of French people were already planning to change or improve their heating system. In September, they are more than 51% in this case, an increase of 4 points in just 4 months.

Electric still the No. 1 choice

* Methodology: Survey carried out among 1 people representative of the French national population aged 002 and over. Survey conducted online from the panel of BuzzPress respondents (18 people in France). Between August 27, 000 and September 31, 2022, an electronic survey was sent by email and posted online on Facebook and LinkedIn social networks. The responses were then compiled and weighted according to pre-established quotas aimed at ensuring the representativeness of the sample and in order to obtain a representativeness of the target population. This survey was compiled with data from another survey during the period from April 7 to 2022, 11 on an equivalent representative panel.

All weightings are based on administrative data and data collected by INSEE.