How do the French perceive climate policies? 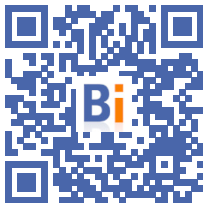 To succeed in the ecological transition, it is essential to better understand how citizens perceive climate policies. In this new CAE Note, Antoine Dechezleprêtre, Adrien Fabre and Stefanie Stantcheva present the results for France of an international survey on attitudes towards climate change and policies aimed at limiting it.

Based on a representative sample of 2.000 French people, this survey provides an overview of perceptions and support for the main climate measures. Concerned about climate change, the French offer a variety of support for these measures according to their perception of their effectiveness, their redistributive impact and their financial consequences for their own households. Several recommendations follow these findings, including setting up regular surveys, informing citizens, helping to adopt alternatives to fossil fuels, accelerating investment in low-carbon infrastructure, and earmarking of any new revenue linked to carbon taxation.

The vast majority of French people are concerned about climate change, but their support for the various possible policies to combat it varies. It is all the greater when they are perceived as environmentally efficient, socially just and inexpensive for their own household. Informing citizens about their properties significantly increases support.

Alongside the three perceptions highlighted above, support for climate measures depends heavily on the sources of funding (in the case of investments), the type of policy (regulation or tax), the use of revenue (in the case of a tax), as well as the availability of low-carbon substitutes (equipment and transport).

To understand citizens' considerations and concerns about climate policies, it is necessary to conduct regular surveys of household perceptions, concerns and expectations. Better information on the operation and effects of climate policies is needed.

Investments and infrastructure to allow substitution towards low-carbon alternatives are essential and all the more urgent as the current rise in energy prices weighs heavily on households. Carbon pricing cannot be envisaged in the current context of sharply rising energy prices. It is also crucial to take into account requests for progressive measures, too often perceived as regressive and costly for the most vulnerable households.