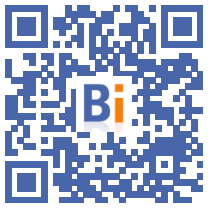 Housing, school, drug trafficking, transport: construction sites are numerous in Marseille, where the President of the Republic Emmanuel Macron is going for three days on Wednesday, in particular to present a big plan for the city.

Prefabricated sometimes installed for 17 years, and, in some establishments, rats in the courtyards, collapsing roof or bedbugs in the dormitories: the state of Marseille schools has been regularly singled out. "Some are in a pitiful state", recognizes the rector of the Aix-Marseille academy.

Elected in June 2020, the new left-wing municipality campaigned by promising to dedicate one billion euros for their renovation. After 30 million euros for emergency works, 85 million were then committed during the vote of the first budget, in April, for a program of rehabilitation of 11 of the 472 schools of the city - work which should begin in 2022.

Mayor Benoît Payan explains that he worked with the State on a "major renovation plan" estimated at 1,2 billion euros to "renovate, requalify or rebuild" around 200 schools in the city. "This site is as if we had to rebuild a city of 20.000 inhabitants from A to Z," he pleaded in early June.

City where the "all car" predominates, which has very few pedestrian streets, Marseille is far behind in its public transport offer - the city is even classified by Greenpeace as the red lantern in France in terms of mobility solutions alternatives to the car.

The second largest city in France has only 1.129 kilometers of bus, tram and metro lines, against 3.886 in Lyon for example, according to the Union des transports publics. With two metro lines, three tram lines - whose routes are sometimes parallel -, and 93 bus lines, the Marseille city offers no direct connection between the poor districts of the North and those more affluent in the South. And the projects are progressing slowly: it took five years to put into service, in December 2019, an extension of the M2 metro of ... 900 meters.

The Mediterranean city is also ranked last and "very unfavorable" for cycling by the Federation of bicycle users, with only 130 km of cycle paths in the metropolis, against 750 for the Lyon metropolitan area.

With 156 "stupid plans", ie "twice as many as post offices", Marseille is plagued by drug trafficking. Behind this figure revealed by the daily La Provence, tens of thousands of people live in particular in often hellish conditions in about forty housing estates in the popular districts of the city.

These trafficking generate considerable sums, up to 80.000 euros per day in the city of Olives A, stoking greed and turf wars, with increasingly young victims: on August 18, a gunman sprayed Kalashnikov bullets a point of deal, killing a 14 year old teenager.

Since the beginning of the year, three people have been killed, bringing to 15 the number of victims of settling of scores since the start of the year.

To fight against these networks, the Minister of the Interior has promised 300 additional police officers in Marseille by 2023, 100 of whom arrived this year in the Bouches-du-Rhône, in addition to two CRS companies (120 staff) now permanently based in the city. According to Mayor Benoît Payan, 800 national police officers are still missing.

As of 2015, the Nicol report counted 40.000 slums in Marseille, i.e. 100.000 people out of 860.000 inhabitants. In November 2018, the death of eight people in the collapse of a building on rue d'Aubagne, a stone's throw from the Old Port, dramatically illustrated the state of advanced dilapidation of part of the housing stock, plummeting Jean-Claude Gaudin's last months as mayor.

The situation is critical in the historic and popular heart of Marseille, but also in certain peripheral areas. The arson, undoubtedly criminal, of a building in the city of the Flamingos and the death of three of the Nigerian migrants who squatted there, had thrown in July a harsh light on these "vertical slums" denounced by the Abbé Pierre Foundation.

Another pitfall: the lack of social housing, with 41.000 unanswered files. And if Marseille is approaching the legal threshold of 25% set by the SRU law, this accommodation is almost absent in the affluent districts of the South or in the center. Result: throughout the old center, unsanitary housing plays the role of de facto social housing, according to the association Un center ville pour tous.

After rue d'Aubagne, the State and communities signed an action plan to distribute the 600 million euros promised against unworthy housing, with a 15-year strategy for 1.000 hectares of the city center, or 200.000 inhabitants. But the first phase of this project, worth 217 million euros, targets only four degraded islets, or 7 hectares.

"Marseille must recouse, get up", pleads its mayor

Marseille must "recouse, get up", because the second city in France "is not up to" what it should be, pleaded Tuesday to AFP its mayor, Benoît Payan, before a visit from President Emmanuel Macron.

Question: Why is Marseille calling on the state for help?

Answer: "It is an overwhelming, wonderful city, a city of resilience. But it is a city in a dire financial situation, which is not living up to what it should be. It's been a long time since. she misses her appointments. She must have a role in the country, in the Mediterranean. To do this, she must rebuild herself, she must get back together, she must get up. We have a situation in the services. public, in schools, public facilities, sports, cultural which is not going at all Schools are unworthy of the Republic, the housing situation does not correspond to the sixth power in the world.

Marseille, which is a city that is five times Lyon on the surface, has two metro lines inaugurated 40 years ago. A large metropolis in Europe has not been able to build one metro line (more) in 40 years! "

Q: What do you expect from the state exactly?

A: "The State has a role to play, not to come and give us alms or save Marseille, but so that we can make something together. We have started to work on a major plan to renovate schools because it is is where it all begins. We made a plan for 1,2 billion euros, that's what it takes to renovate, requalify or rebuild. As I speak to you I do not have the participation of the 'State but nobody can imagine, in view of colossal expectations and in view of reality, that the President of the Republic comes to throw perlimpine powder. People imagine that it is a city which lives under the oxygen of the Republic , under state funding (...) but in reality, it's a city that is sometimes less endowed than other large French cities. I don't want a check, because I want (the state) as a partner, not as a funder. As a partner to show that we are moving forward, to be transparent in the way I do things, not to let's say the money is swallowed up I don't know where. "

Q: But the successive town halls, left and right, do they not have a responsibility in this situation?

For years, we have had an inability to go and recover funds from the National Agency for Urban Renovation, for example, to carry out projects, to consume credits, obviously that despairs the State.

When you're a kid in Marseille and you're on the wrong side of the barrier, that is to say in neighborhoods that have never been looked at by elected officials for too many decades, when you have this bad luck , the town hall was not there, but also somewhere, the Republic was not there. "