Housing crisis and second homes: the Senate is struggling to find an answer 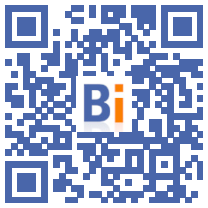 The Senate with a right-wing majority tried on Tuesday, November 22, during the examination of the draft budget for 2023, to provide a response to the tension of the housing market in tourist areas, without convincing the government.

The debate, sensitive, was held while many mayors are received in the Senate, within the framework of their Congress.

"This subject is only the result of a reform (abolition of the housing tax on the main residence, editor's note) unfunded, sloppy, and which the communities must today, as they can treat it", has from the outset affirmed the general rapporteur Jean-François Husson (LR).

"The French may have saved money" but they "can no longer find accommodation", added the centrist Annick Billon.

The government has introduced into the draft budget considered adopted at first reading by the Assembly an article allowing the extension of the "zoning", where the municipalities are authorized to increase the housing tax of secondary residences by 60%.

The objective: to provide additional leverage to municipalities where local populations are struggling to find year-round accommodation, while there are some that are rarely occupied.

The Minister in charge of Public Accounts Gabriel Attal indicated that "according to Bercy, 80% of the municipalities" entitled to this increase do not use it.

Proposals have been made to go further by making it possible to "decorrelate" the rates of housing tax on second homes and property taxes, so that the increase in the former does not mechanically penalize permanent housing. But senators have warned against a risk of "bludgeoning" second homes.

"This rule of link, certainly restrictive, makes it possible to avoid that a community makes weigh the load of the tax on a particular category of taxpayers", underlined Mr. Husson.

"What we are asking is to allow communities to decide what is good for them in tax matters," pleaded Patrick Kanner, boss of the PS senators.

After long debates, the Senate voted, against the government's opinion, a "compromise" proposed by Philippe Bas (LR) to give communities limited room for maneuver.

“It would be possible to increase the tax on second homes up to 25% without increasing the tax on built land,” he said.

Against the increase in Airbnb-type rentals, the senators voted to exclude a tax reduction for micro-enterprises of taxpayers who "rent at least three furnished tourist accommodation".

"We see that you are targeting (...) these investors who have bought several apartments and put them on Airbnb", replied Gabriel Attal, recognizing a "major subject". But "you cannot modulate (the reduction) according to the number of apartments", he continued, referring to a "constitutional" risk.

First opposed to the measure, the minister agreed to continue work on it, "but if we realize that it is manifestly unconstitutional in the (parliamentary) shuttle, I think we will delete it".

The senators also voted for a three-month postponement, to April 1, 2023, of the planned reduction in the tax benefits of the Pinel system, which must disappear completely in 2024.