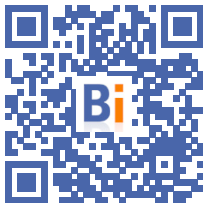 After the strong recovery seen last summer, housing construction in France stalled between November and January, figures released by the government show on Friday.

Over the last three months, the number of building permits has certainly increased by 9,6% compared to the previous three months, but after the "steady increase" from July to November 2020, the permits fell back in December and finally fell. "stabilize" in January, according to the Ministry of Territorial Cohesion.

Over this same period from November 2020 to January 2021, "the number of authorized dwellings remained 10,6% lower than the average for the three months preceding the first confinement", between December 2019 to February 2020.

In absolute numbers, 377.600 dwellings have been approved for construction in the past twelve months, 73.500 less than in the previous twelve months.

This drop also applies to housing starts. They are estimated to be down 11,2% compared to the period from August to October 2020. "It is estimated that 344.900 housing units were started, or 44.000 less (-11,3%) than during the twelve previous months ", explains the ministry.

If we look in detail, it is especially authorizations and building starts that are crumbling. Between November and January, the number of building permits fell 21,5% and housing starts fell 15,9%.

As for houses, the trend is more contrasted over the same period: + 2,8% of building permits for so-called pure individual housing and -14,4% for grouped housing, that is to say integrated to a wider real estate program. On the housing start front, the figures are uniformly down: -5,6% and -12,5% ​​respectively.