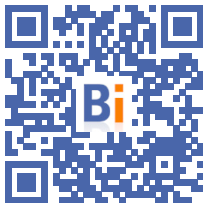 Housing construction in France returned to its pre-crisis level in the third quarter. But if the effects of the health crisis are gradually dissipating for the sector, the figures are still "well below" the good years.

Over the last twelve months, 464.000 permits have been issued for future housing, a jump of 15,6% compared to the same period a year earlier, and 387.600 housing units that have started to be built in France ( + 8,2%), the government announced on Thursday.

And good news, compared to the twelve months preceding the first confinement, i.e. the period from March 2019 to February 2020, the increase is 1,3% for the number of building permits issued and -0,1% for the number of constructions started.

In short, the sector has returned to its pre-crisis level.

It is "a fairly clear rebound in the new housing construction market after a decline in 2020 which, in the end, had been more moderate than what one might have feared," said economist Olivier Eluère to AFP. real estate specialist at Crédit Agricole.

But "it is a result in trompe-l'oeil", judge Pascal Boulanger, president of the Federation of the Promoters Immobiliers of France (FPI). "On the one hand, because we are not seeing any catching-up effect of the building permits lost during the pandemic, and above all because the authorizations remain far below the levels that were still observed in mid-2017".

It must be said that the market level in 2019 was quite low. “On an annual basis, we authorize today 50.000 collective housing units less than four years ago,” emphasizes Pascal Boulanger.

The sector's objective is then to move towards the figures for 2017, "where construction permits were around 500.000", explains Olivier Eluère.

An offer always below the needs

So what are the blockages that persist? First, there are those that the sector was already familiar with in 2019: not enough land available, the heavy weight of construction standards, the difficulty of obtaining building permits.

Among the old demons of the sector, it must be said that "concerns remain about the shortage of manpower", says Loïc Vandromme.

Not to mention the economic problems: "if loans at very low rates boost demand, supply is constrained by high costs due to supply problems in the world", explains Olivier Eluère.

Once again, the offer is not able to meet France's housing needs, in particular to relax tense areas, such as Île-de-France, for example.

However, it is "production in tense areas, necessary to meet the needs of the middle classes and key workers, which suffers the most and which concentrates the difficulties", underlines Mr. Boulanger.

To support construction in these areas, where the number of available housing is lower than demand, the government will pay 130 million euros to municipalities in November.

This aid is part of the recovery plan for "urban densification and renewal" and "aid for relaunching sustainable construction".

The subsidy is 100 euros per square meter built beyond the average density threshold of the town, the ministry told AFP in September.