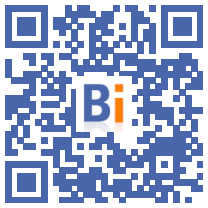 France is still struggling to build housing. Admittedly, the immediate effects of the health crisis have dissipated in recent months, but the government and professionals are worried about seeing old blockages persist or worsen, in particular the reluctance of mayors.

In the second quarter, 95.500 homes began to be built in France and 112.600 permits were issued for future homes, the government said on Thursday.

The progression is huge compared to a year earlier. The two digits represent two-thirds and one-third jumps, respectively. But the comparison is distorted by the very specific context of spring 2020.

In the midst of the first confinement, the strictest, in the face of the Covid-19 epidemic, the sites had largely come to a standstill and the town halls had often stopped examining the permits.

Where are we in relation to the pre-crisis period, when a sustained construction of housing is an essential condition for a sufficient supply and, therefore, for prices not to explode?

Overall at the same level. In the second quarter of 2019, housing starts and building permits were very slightly below their level in recent months. The effects of the Covid-19 crisis are therefore, for the time being, dissipated.

However, "construction (...) is not resuming fast enough," the Minister of Housing, Emmanuelle Wargon, warned on CNews on Wednesday. "There is a lack of housing in France."

Thursday's figures, in the trend of the last few months, do not change the situation. They remain low compared to the levels recorded in the mid-2010s.

They are far from responding to the growth of the population even if it is difficult to give a construction objective that makes sense at the level of the whole of France, given the very different situations of the housing market between large and smaller towns. , even from one metropolis to another.

A mayor to the rescue

In addition, the resumption of construction is very uneven, depending on the type of housing. Homes are booming, while apartment buildings are in sharp decline.

This trend does not go in the direction of the government which seeks to avoid the "artificialization" of soils, a building allowing to fit much more housing than a house on the same surface.

"We need (not) to spread out the city too much," wargon warned.

Why not build more housing and, in particular, buildings, when the needs and the demand are there? For the government and professionals, it is the mayors who have been too cautious for years.

Many promoters believe that the last municipal elections, in 2020, have amplified the trend. Many mayors were elected on a program opposed to "concreting". Some, like in Bordeaux, belong to the environmental camp, but these speeches are widely found elsewhere, in particular among elected officials on the right.

What to do? The government is already trying to encourage mayors: it has set aside 350 million euros to reward the most proactive municipalities by the end of 2021.

To go further, this year he also asked a mayor, François Rebsamen, to look into the issue. The elected socialist of Dijon, who must make his final conclusions, has already taken an offensive tone.

"Let us even go so far as to blame well-housed people and anti-construction elected officials," he declared last week to Le Monde.

But, in view of the first leads given by the mayor of Dijon, a change in philosophy is not on the agenda, the idea remaining to use incentives rather than sanctions.

Mr. Rebsamen proposes in particular that the State reimburse town halls very largely for property taxes of which they are sometimes deprived. This is the case for HLM landlords, who are exempt for years.