Action Logement offers the State a contribution reduced by half 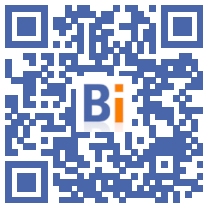 The social housing giant Action Logement announced on Friday November 25 that it had adopted its 2023 budget with a contribution to building aid less than half of what the government asked of it, which deemed this effort "insufficient".

“The social partners of Action Logement Groupe, meeting in the Board of Directors, voted unanimously, Friday, November 25, their budget for 2023”, indicates in a press release the former 1% Housing, co-managed by employers. and unions.

The group, which also manages aid for professional mobility and the Visale rental guarantee, proposes to include a contribution of 150 million euros to the National Fund for Stone Aid (Fnap), which finances the construction and renovation of housing. social.

This is half the 300 million euros on which the government was counting in its draft 2023 budget unveiled in September, a "puncture" which had provoked furious reactions from the organization and the social partners.

"The Board of Directors proposed to include in the group's budget the payment of a voluntary contribution of EUR 150 million to the National Stone Aid Fund, as the social partners had undertaken to do with the ministers. Energy Transition and Housing", indicates the group.

“This provision will have to be confirmed within the framework of the discussions between the State and the group on the five-year agreement 2023-2027”, adds Action Logement.

Way to put pressure on the government, which must decide whether to reinstate the finance bill the contribution of 300 million euros, removed Thursday by the Senate.

“This effort, which marks an evolution compared to the initial refusal of any contribution in September, nevertheless remains insufficient with regard to the needs of social landlords”, reacted the entourage of the Minister Delegate for Housing Olivier Klein.

"The State has expressed itself against this initial budget, within the legal framework which allows it", the ministry is assured, adding that "the sum of 300 MEUR is therefore necessary and this need will be expressed new in parliamentary discussions".

"An agreement on a new draft initial budget (of Action Logement, editor's note) capable of guaranteeing the group's actions in 2023 will be sought with Action Logement very quickly".

Action Logement must negotiate a five-year agreement with the State by the end of the year, which will define the amount of its contribution to the National Agency for Urban Renewal (Anru) and to the Action Coeur de Ville (ACV) program. , two pillars of regional planning.